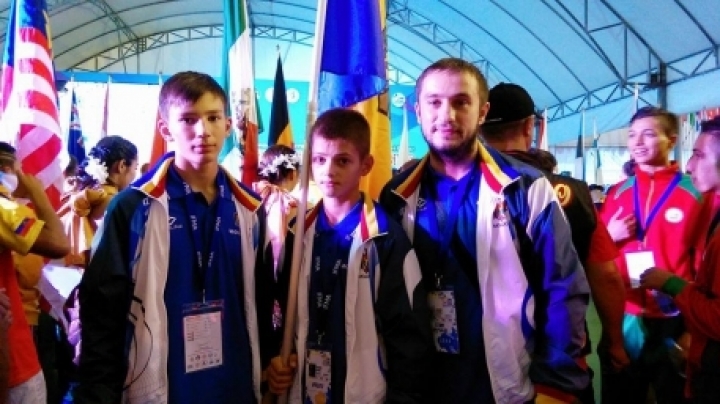 For the first time moldavan wrestlers have brought silver medals from the World Championships Thai boxing. "Bercut" club representatives, Marius Coval and Ion Ungureanu have achieved this performance at the competition that took place in Bangkok. Both became vice world champions among juniors up to 15-year-olds.

Coval was defeated by his Thailand adversary and Ungureanu lost the gold medal duel in front of a Turkish athelete.

"I fighter the Polish in the first battle and won points. In the second game I fighted and defeated the Englishman. In the end I lost to Thai wrestler" , said K-1 kickboxer Marius Coval.

"I loved it, but I didn't saw many things because I was training for the World Championship. There are strong opponents, but not all of them. Anyway you can alse beat the mighty" , said fighter K-1, Ion Ungureanu.

"They have to understand that training in the future will bring them gold" , said coach Andrei Grosu.

"Our guys fighted very well. We strive in the future for K-1 Amateur Federation to participate in European and World Championships" , said president of the Federation of K-1, Dorin Damir.

800 atheletes from 90 countries avelved at the Thailand World Championship.