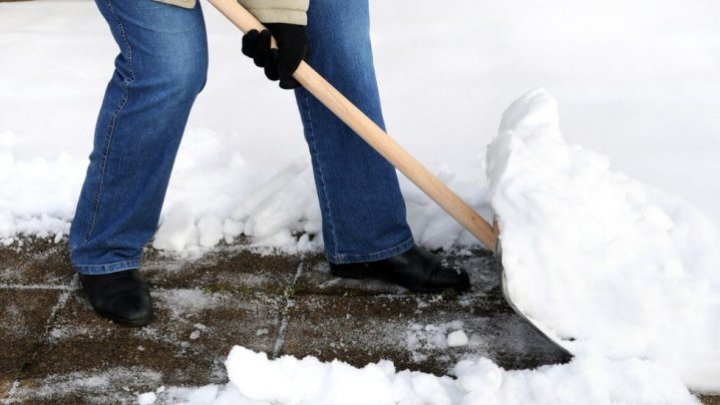 People from villages have removed the snow out of their yards. They dressed up well and took the row and started to remove the snow.

"I am mad when I see the mad faces of the villagers who always wait for somebody to do it for them", said Leon Geozavu, villager from Truseni, Chisinau.

Leon Grozavu is 63 years old. He wanted to give a lesson to the ones who were waiting for somebody else to remove the snow from their yards.

After the work ended up, people went to remove the snow from the streets.

"The cars can't drive here, because the road is blocked."

Meanwhile, the State Hidrometeorologic service announced that the next week it will also snow.