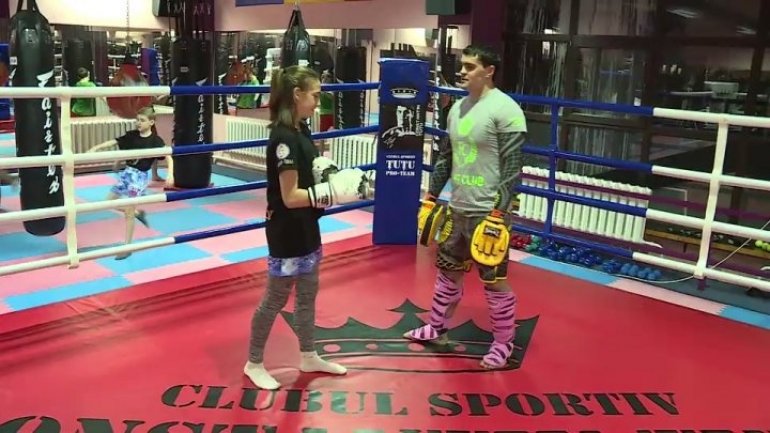 Moldovan athlete Alexandru Stoian triumphed in the 41-kg category in the Muay Thai European Championship held in the capital of Belarus, Minsk.

Three Moldovan athletes from Falesti attended this Championship at cadet level. They returned home with honor they won in the international competition.

"Every fight was not easy, we were under pressure in all battles," said Muay Thai fighter, Alexander Stoian, "however, if you believe in yourself , you can achieve anything."

His younger brother, Daniel, won the silver medal in the 35-kg category.

"It was a great competition. I think next time I will gain more strength and win first place," said Muay Thai fighter, Daniel Stoian.

Ştefania Tataru won the gold medal in the 48-kg category. It was her success in 2017. Tataru became the champion in another worldwide competition in Thailand in March.

"It is an important success because I dreamed a lot of this medal. I went through a hard time, but the coach helped me and I thank him very much," said Muay Thai fighter, Daniel Stoian.

The leadership of the Muay Thai National Federation and Kickboxing was pleased with the performance in Minsk.

"These results at the end of the year represent a motivation for me as president that we will get something more next year. This Falesti club is part of our federation. I have a vast experience because they fought in Ukraine, and in other countries as well, "said Muay Thai National President and Kickboxing President Constantin Ţuţu.

More than two hundred fighters from 15 countries participated in the European Championship in Belarus.