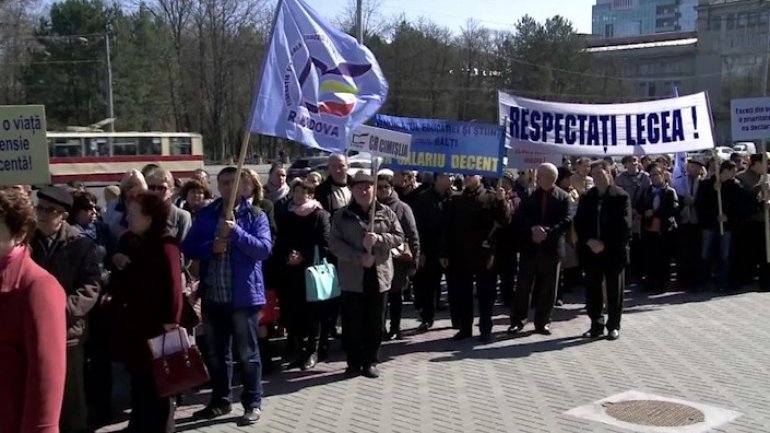 Moldovan teachers came back to protest and demand 50 percent wage increase. The demonstration was organized in front of the Government, but no representative of the Ministry of Education come out to talk to the demonstrators.

In order to be heard, teachers are threatening to stage a general strike.

The protest was attended by teachers from several districts in the country. They complain about low wages and say they can not face expenditures:

"We protest in order for them to increase wages because it is not normal for a teacher or a school psychologist to live with such wages. We pay for utilities nearly two thousand lei. We have nothing left for food or vacations".

"We want to receive bigger salaries. Government shall not hide in their offices, but rather have respect for us, teachers and speak to us".

"Enough mocking us. It's time to face us and time for action. We're done with promises, they fed us with them for decades".

"We don't know any figure, or what to expect. They will force us to get out, but there will be many more, thousands and thousands".

No representative of the Ministry of Education come out to the crowd. Similar protests were held last week.