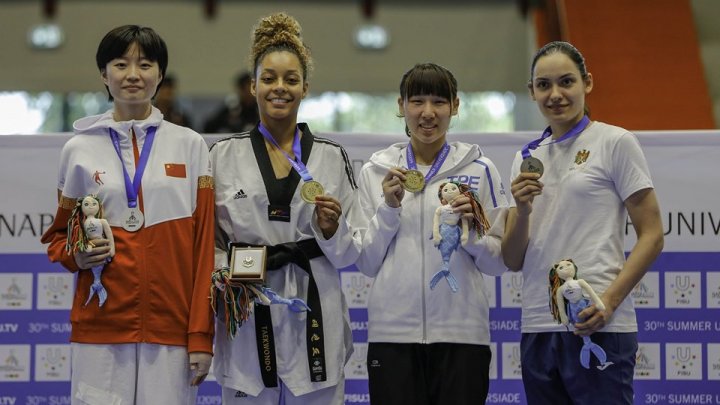 Ana Ciuchitu, the Moldovan Taekwondo fighter won a bronze medal in 67-kg category at the World Universiade, held in the Italian city of Naples.

She defeated Kazakh Axaule Erkassimova, French Cheyenne Marie Lewis and lost in the semifinals against the Chinese Yunyun Shan.

It was the third medal the Moldovan athletes received at this competition, the first two being won by judokans. Denis Vieru won gold in the category of up to 66 kg, and Dorin Goţonoaga conquered the bronze within the 81 kilograms category.

The Republic of Moldova is represented by 22 athletes.