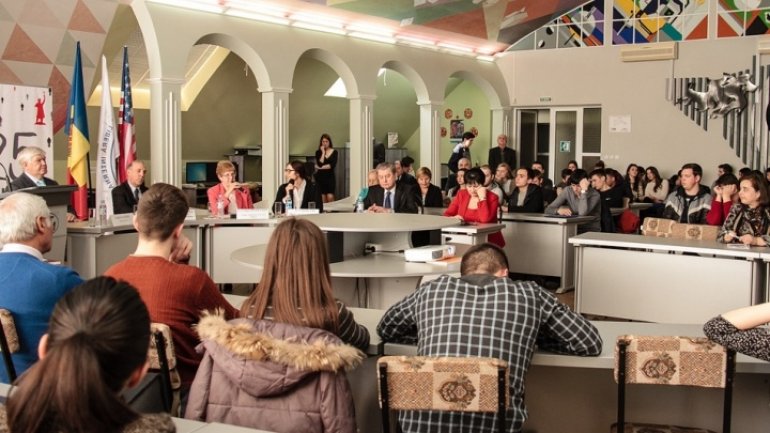 The students from a university in Chisinau (ULIM) have talked with the first U.S. ambassador to Moldova, Mary Pendleton, and Moldovan ambassador to Washington, Nicolae Țâu.

Mary Pendelton came to Chişinău right after Moldova had declared its independence from the U.S.S.R. and she took care that this country was supported by America.

"The then president, George Bush, saw that period as historic and unique for the United States to mold the future world, to make it freer, safer and more democratic," she said.

Moldova opened its embassy in Washington in December 1993. "All these 25 years, we signed with the U.S.A. 40 agreements. I’d mention just one: 26 million to overcome corruption in Moldova," Nicolae Ţâu said.

Some students say the U.S.A. serves as example for this country and contributes to its development.

The two countries established their diplomatic relations on 18 February 1992, and the meeting occurred within the context of marking a quarter of a century of cooperation.