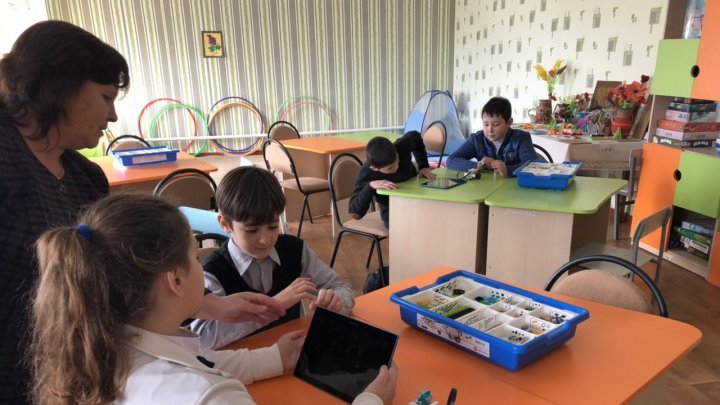 Students in 15 schools across the country will receive new computers this year.

The project is a continuation of the memorandum signed three years ago by the Ministry of Education, Culture and Research of our country with the authorities of Jeju Province, Republic of Korea.

"We will have access to the internet. Students will have possibility to print some materials as lots of them don't have computers at home. We really appreciate these computers", said Nina Lupuşor, computer science teacher.

In addition, the school director says he has big plans, including the opening of a multimedia room to serve all 179 pupils.

"We plan to make a complex room, a multimedia room and a computer room, we will also provide interactive boards," said Gheorghe Lupuşor, director of the Diomid Gherman secondary school.

Ten other new computers, offered within the same project, reached the Eugen Coseriu secondary school in the village of Catranîc, Făleşti district, where 218 pupils are attending.

"There will be ten computers, allocated according to the number of children", said Angela Cutasevici, secretary of State at the Ministry of Education.

The agreement between the Republic of Moldova and South Korea provides for the donation of 450 computers for the general education institutions in the country. They will reach our country in three installments by 2020.