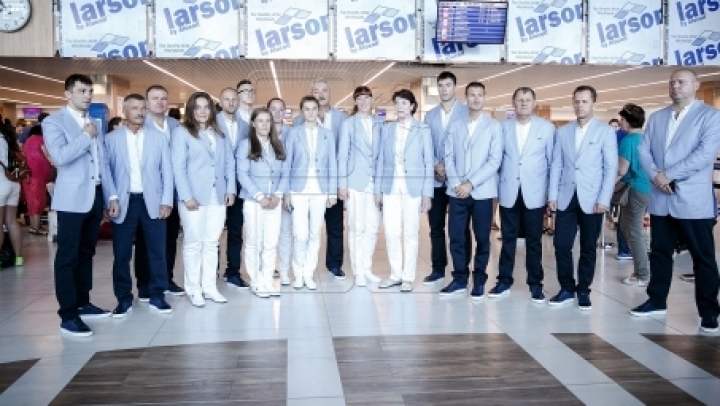 Alexandra Mîrca is the first Moldovan sportswoman to start the Rio competition in archery, on August 5.

On August 6, Tatiana Chişcă and Alexei Sancov will start competing in swimming.

The judoka Valeriu Duminică and the weight-lifter Sergiu Cechir will start performing on August 9.

On August 10, the weight-lifter Alexandru Şpac will start.

The first track-and-field sportspeople will begin competing on August 12. Zalina Marghiev and her sister Marina Nichişenco will throw hammers, as Dimitriana Surdu – will throw the disk.

On August 14 Lilia Fisikovici will start the marathon.

On August 15, Natalia Stratulat will compete in event of throwing the hammer, as Vladimir Letnicov – triple jumping. On August 15, the rower Serghei Tarnovschi will start his competition.

On August 16, Serghei Marghiev will start competing in throwing the hammer. The first female fighter to compete in Rio is Mariana Cherdivară-Eşanu.
Ivan Emilianov will start performing on August 18 in ball throwing.

The fighter Evgheni Nedealco will begin struggling on August 19, the same day with the rowers. Ukrainian brothers Serghei and Oleg Tarnovschi will represent Moldova at double canoeing.

On August 20, another naturalized Moldovan, the Briton Aaron Cook, will fight in taekwondo. The fighter Nicolae Ceban and the marathon runner Roman Prodius will perform on the last day of the Rio Olympic Games.