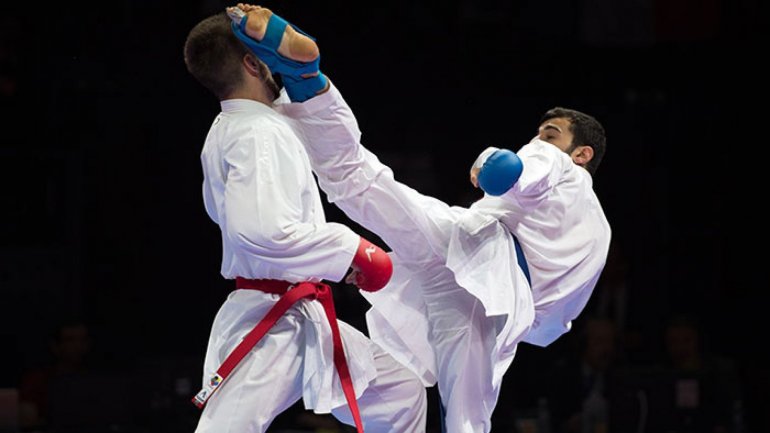 Moldovan karate fighters are making a name for themselves in 2017. National fighters have gained one of the best results for our country.

In October, Moldovan sportsmen returned home from the World Championship held in Hungary, at Eger, with 5 silver medals and 3 bronze.

Vitalie Spînu from Bălţi became twice World Champion in the kumité probe. He won gold in both the under 87 kg, as well as the Open category.

The title of World Champion was also given to Vasile Dovzii, also from Bălţi, in the junior competition. The national fighters have managed to impress as well at the European championship, held in Serbia. Moldovan fighters managed to win two gold medals, three silver and two bronze. Vitalie Spînu was placed first at the senior category, while Dorin Avxentiev at junior.

"This year was difficult. 2017 came with many challenges but we managed to overcome them all and succeed. This was the best year in my whole career" Vitalie Spînu said.

For the remarkable results from 2017, the best fighters were awarded with diplomas and trophies.

"This year ended with amazing results for me. I am proud and happy for what I could achieve. I like to think that I am listed among best sportsmen of 2017" Vitalie Spînu said.

Shotokan is a style of karate, introduced by Gichin Funakoshi. At first, this style was only taught in Japan, since 1922.

In Republic of Moldova the National Federation of Shotokan Karate-Do was founded in 1995.