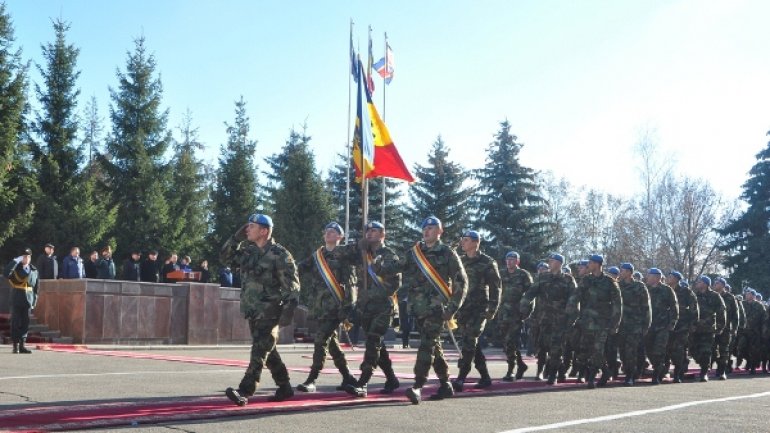 Another 40 Moldovan military will leave next week in Kosovo. The sixth contingent will be part of the peacekeeping mission of the North Atlantic. Today, November 29th, the soldiers were encouraged by officials and relatives.

Among the soldiers who go on mission to Camp Vilaggio Italian military base in the town of Pech, Kosovo, include Alexei Copa. He says that was intensely prepared to face this challenge.

President Nicolae Timofti, who attended the last ceremony of this kind, encouraged the soldiers and wished them farewell.

"We are firmly convinced that dedication and practicality will guide you in fulfilling established mission, thus honoring the state flag of the Republic of Moldova" , said President Nicolae Timofti.

"I'm sure you will continue this tradition. On your behavior depends whether other troops will leave for Kosovo, our international prestige and of course the National Army and place in our society" , said the Defense Minister Anatol Şalaru.