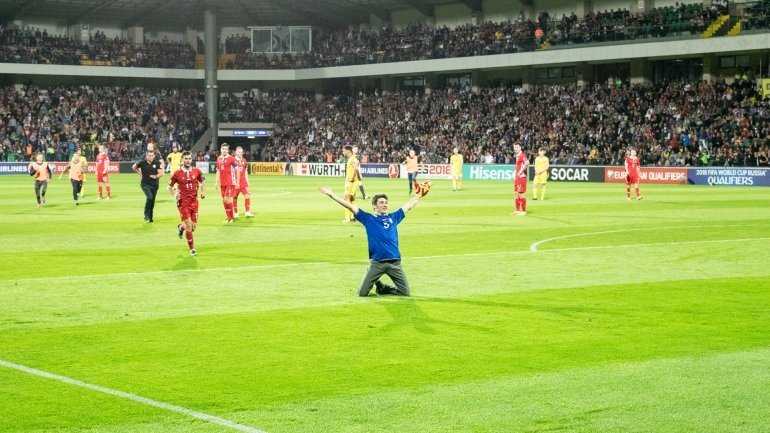 Last night's match between the Moldovan Football National Team and Wales attracted hundreds of thousand of fans to the Zimbru stadium. The funny moments especially aroused interest between football fans.

The man was detained and risked fine for hooliganism.

According to the press service, the sport fan also performed such hooliganism actions in Romanian matches.