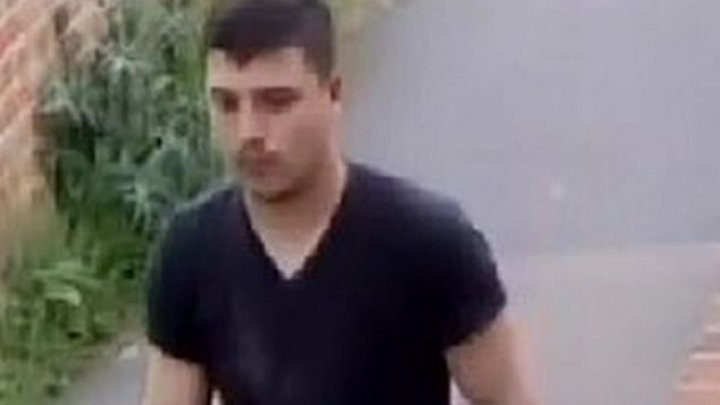 A Moldovan man who stalked victims near Rainham rail station in England was caught after one of his victims managed to get out her mobile phone and record him.

Her seven-second recording helped trap the 26-year-old after police launched an undercover operation.

An officer then spotted his Peugeot 307 following another possible victim as she left Rainham rail station, writes kentonline.co.uk.

The vehicle was stopped and Arsenii - who has joint Moldovan-Romanian nationality and doesn't speak English - was found with his jogging bottoms lowered as the woman went home unaware just how close she had been to possibly becoming his sixth victim.

He was today jailed for four-and-a-half years at Maidstone Crown Court.

Arsenii, of Wakeley Road, Rainham, earlier earlier admitted five sex offences and will be deported at the end of his sentence.

He told the court how on March 14, Arsenii struck twice within 20 minutes after following two women, aged 24 and 27,from the station - dressed in a camouflage jacket with the hood up.

On May 19, he then tracked a 34-year-old woman after she left a Gillingham club and smacked her bottom while rubbing himself.

Four days later he attacked a 17-year-old woman, who described her attacker as looking at her "weirdly and smirking" as he tried to grope the frightened teenager.

The following day he followed another 17-year-old as she left the station and began grabbing at her skirt.

"She had her mobile phone in her hand and she was quick-thinking enough to activate the camera with the flash turned on, which lit up his face," said the judge.

She was able to capture a clip of her attacker of about seven seconds duration before walking away quickly".

Police then staked out the rail station, and on May 28 PC John Jones spotted Arsenii driving his black Peugeot following a woman and concerned for her safety decided to stop and arrest the stalker.

The pradator came to Britain after working in Poland and is a qualified mechanical engineer.

Defence barrister Daniel Benjamin said his client has a partner in Moldova and is ashamed of his behaviour, although in a probation report he had tried to "shift blame" for one of his offences.

Speaking after sentencing, the investigating officer, detective constable Nicola Lincoln, said: "Arsenii caused significant distress to the victims of this case, all of whom were picked at random and completely unknown to him.

"His appalling behaviour became more brazen as he grew in confidence and had he not been arrested when he was I have no doubt he would have continued to offend.

"I am pleased we have secured justice for the victims and that he is no longer able to cause further distress to innocent members of the public."