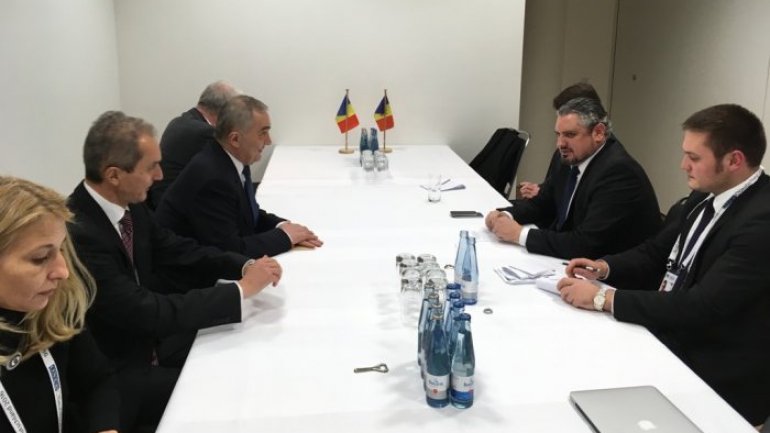 Deputy Prime Minister, Foreign and European Integration Minister Andrei Galbur met his Romanian counterpart, Lazar Comanescu, on the sidelines of the meeting of OSCE Ministerial Council held in Hamburg, Germany, on 8-9 December, as stated by Moldpres.

According to the Foreign and European Integration Ministry’s information and media relations service, the sides exchanged opinions about the topical issues on the agenda of bilateral relations and on European agenda of reforms of Moldova.

The two officials reiterated the mutual interest in boosting the political dialogue and implementing the agreements of the 9th meeting of the joint intergovernmental commission on economic cooperation, recently held in Chisinau.

Galbur thanked the Romanian government for the valuable assistance in implementing reforms, carrying out important projects in infrastructure and energy sector.

For his part, Comanescu reiterated Romania’s willingness to further back promotion of reforms initiated in Chisinau.