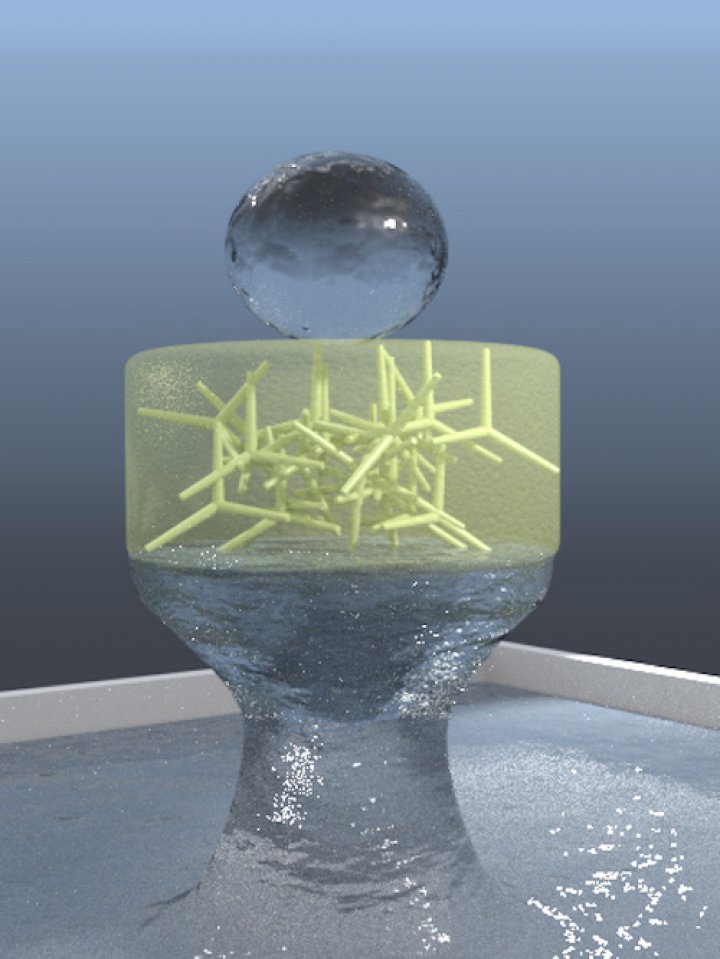 The team from UTM led by President of Moldovan Science Academy Ion Tiginyanu and Rainer Adelung of Kiel University in Germany has now made the first inorganic nanostructure with such dual hydrophobic-hydrophilic behaviour.

According to National Center for Materials Study and Testing, the researchers made their material from gallium nitride (GaN), which is the second most important semiconductor after silicon. They employed an epitaxial deposition technique known as hydride vapour phase epitaxy of GaN on tetrapodal microstructured templates of zinc oxide (ZnO) to produce GaN hollow microtetrapods. These are known as aerotetrapods or aerogalnite (aero-GaN).

Mr Ion Tiginyanu said that half of the grant would be used for further researches in the field.

"500,000 euros will be invested on special courses, summer schools, conference for young people. International professors will come to our country, too. The rest is divided among partners", said President of Moldovan Science Academy.

Their research was also published on the prestigious magazine Physics World.

Physics World is the membership magazine of the Institute of Physics, one of the largest physical societies in the world. It is an international monthly magazine covering all areas of physics, pure and applied, and is aimed at physicists in research, industry, physics outreach, and education worldwide.