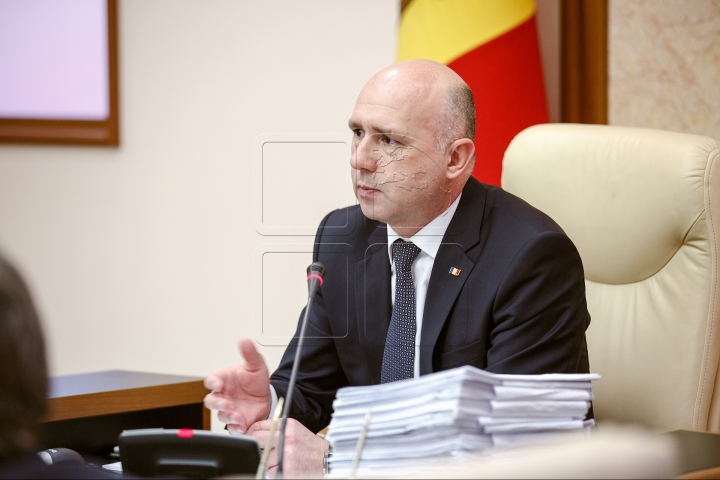 My country, Moldova, has long been forced to steer between Russia and the West. For Americans who cannot find Moldova on a map, here’s why that matters: In 10 weeks, Moldova’s voters will elect a new President who favors either remaining on the pro-Western government’s path toward the European Union (EU) or veering more closely toward Russia’s orbit, reports TheHill.

I am pleased to say that through elections and international agreements, we have steadfastly chosen the Euro-Atlantic community as our inspiration and destination, and the current government is dedicated to securing our EU path. Moscow is none too pleased, and that is why we need the help of Washington and other Western capitals to solidify our transition from several decades of communism into a free-market democracy.

For the United States and its allies, the stakes are high: the success of an economic and diplomatic partner strategically situated on the eastern border of the EU and the western border of Ukraine that shares democratic values and promotes regional stability.
Recent struggles have brought out the best in our people – our determination to move forward with reforms that will accelerate our democratic development.

In 2014, a crisis tested our resilience and resolve. About $1 billion – almost one-eighth of our entire Gross Domestic Product – was embezzled from three of our major banks. This crime – which is being investigated to ensure the funds are recovered and the guilty parties are brought to justice – forced a costly bail-out, along with a freeze of financial assistance from the EU and the World Bank.

Meanwhile, early this summer Russia conducted military exercises in Transnistria, a breakaway region within Moldova’s recognized international borders – barely 30 miles from our capital of Chisinau – that has been under the Kremlin’s control for more than two decades. Russia’s soft power – using its propaganda machine to flood our media with anti-Western messages – is equally dangerous and a clear effort to tarnish our pro-EU government and throw the upcoming election to its political allies.

The banking crisis triggered social protests and political instability. Taking office last January, my government was the sixth in 11 months, but we got the message. My party, the Democratic Party of Moldova, and the Western-oriented, ruling coalition we lead in Parliament, has pursued an aggressive agenda to address our crises and strengthen our free-market democracy. This includes working hand-in-hand with the EU on comprehensive reforms, as outlined in the recently ratified Association Agreement between the EU and Moldova.

As our first priority, we are easing the burdens of the working people who have suffered the most from the economic emergency. We have increased the minimum wage for all workers, boosted pensions for retirees and raised pay scales for the healthcare and education sectors. And we have reduced prices for electricity, gas and medicines.

We are combatting corruption on every front. Parliament has enacted new laws requiring public officials to disclose their wealth and sources of income and heavily increasing penalties for corruption. The misuse or misappropriation of EU and other international funds will be criminalized. To better combat organized crime, we also are strengthening the independence of the judiciary and law enforcement agencies, toughening the criminal code and creating a new anti-corruption prosecutor.

Together, these actions are sending the message to our people and the international community: No more business as usual. No more corruption. Moldova is committed to becoming a stable, prosperous, law-abiding, free-market democracy.

With the support of the United States and other Western allies, our decisive actions are achieving encouraging results.

Seeking to stabilize the economy and ensure that crises like the banking scandal never occur again, we reached agreement with the International Monetary Fund to improve corporate governance and transparency within the financial sector and have new, independent oversight of the National Bank of Moldova. In return, the IMF has agreed to provide $179 million in loans over the next three years. We anticipate approval of the agreement by the IMF Management and Executive Board in the coming months.

Together with our reforms, this international support is helping stabilize our economy and restore people’s faith in the future. Reflecting public opinion, Parliament recently overwhelmingly rejected a no-confidence motion initiated by the opposition.

Now, Moldova is moving toward its first direct presidential election in 16 years, which will be held on Oct. 30. As in most previous elections, pro-European and pro-Russian parties will square off.

We need our friends to reject propaganda that seeks to destabilize Moldova, discredit the government and sway the elections in Moscow’s favor.

Let me assure our Western friends: For Moldova, integration into the Euro-Atlantic community is more than a diplomatic initiative or an economic expedient. It is a journey to our natural home -- the community of nations engaging in free enterprise, committed to better lives for their people and respecting the rule of law.

Pavel Filip is the Prime Minister of Moldova.