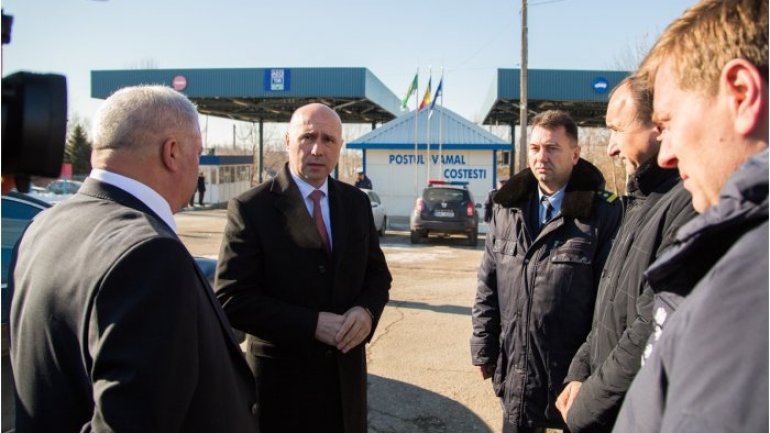 Prime Minister Pavel Filip went to Costesti – Stinca, within a working visit in Riscani, to discuss spot problems facing this state border crossing and the staff needs, according to Moldpres.

The principle pattern discussed was the lack of a veterinary and phytosanitary checkpoint, which would allow entrepreneurs to export their production to Romania. The prime minister asked the authorities to examine the existing needs related to it and undertake the required measures to facilitate exports.

In this context, the General Director of the National Agency for Food Safety (ANSA) said that a phytosanitary inspector had been already delegated to carry out the necessary checks of imports through Costesti- Stinca state border crossing.

Similarly, ANSA director also mentioned that in order to facilitate the flow of goods, it had been already initiated amendments of phytosanitary and veterinary procedures needed to carry out exports, and they were to be performed outside customs offices, as such excluding the need for border checking. The changes will shortly be presented to the Government for approval.

The prime minister also referred to vignette payment at customs and measures taken by the authorities to modernize their infrastructure to avoid lines and to provide citizens with quality services, with no postponing.

At his part, head of the Border Police revealed that through that border crossing had little traffic of cars and there were launched a series of measures to promote it as an alternative to congested points in the region.

It is worth mentioning, that during the visit of Prime Minister the traffic at the customs post took place in normal mode.
AFLĂ imediat Știrile Publika.MD. Intră pe Telegram