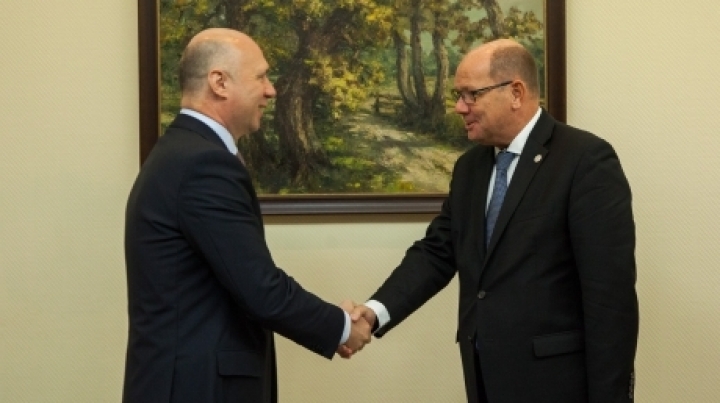 The premier thanked the authorities of Stockholm for the constant support provided in carrying out reforms and implementing the EU-Moldova Association Agreement. At the same time, Filip appreciated the development of the interparliamentary dialogue between the two countries, pointing out that Sweden’s experience was very important for the Moldovan authorities in the context of the country’s European integration.

Representatives of Swedish Parliament were interested in the results of e-government, actions taken by the government to ensure independence of state institutions, fight against corruption.

Filip voiced confidence to continue the reforms initiated in the strategic sectors. At the same time, he also tackled the results below expectations of e-governance, given that first of all, the processes had to be modified and then digitized.

For his part, Ahlin appreciated the progress achieved by the Moldovan government in promoting reforms, including in carrying out the roadmap agreed with the authorities from Brussels. At the same time, he underlined that his country would further support Moldova’s European integration and implementation of reforms meant to improve the citizens’ living conditions.

Sweden is among the most important development partners of Moldova. In 2015, the trade balance between Moldova and Sweden reached 19.5 million dollars. At the same time, the bilateral trade exchanges exceeded 10.6 million dollars in the first seven months of 2016. Presently, 23 enterprises with Swedish capital are operating in Moldova.