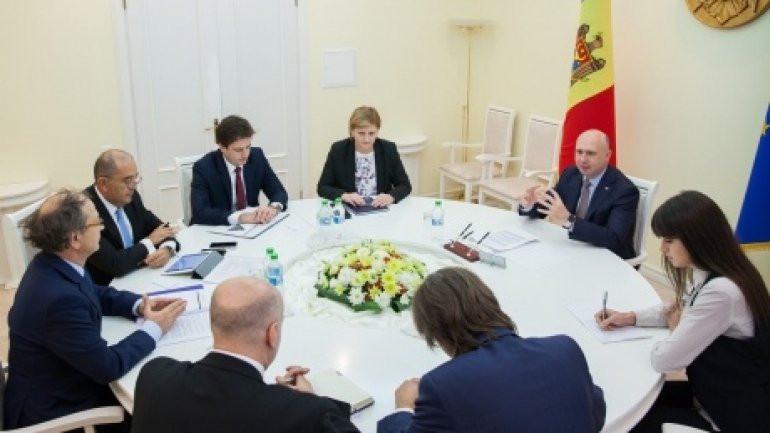 Prime Minister Pavel Filip has met with a delegation from the European Bank for Reconstruction and Development (EBRD) and has discussed about the cooperation and prospects.

He has highlighted the importance of the EBRD’s support in the functioning of the Economic Board about the Prime Minister. He has described it as an extremely useful and efficient platform for talking with the business community.

The Premier has spoken about the measures undertaken by the Government to stabilize the situation in the banking and economic sectors, and to re-establish the foreign partners’ trust.

Pavel Filip has also pointed to the importance of today’s announcement that the IMF board will have a meeting to discuss its program with Moldova, on November 7. He has shown confidence Moldova will have an efficient cooperation with the EBRD to successfully terminate the unfolding projects and start new ones.

"Now we have to pass from economic stabilization to the country’s accelerated development, we need robust economic growth and investments," Filip said.

The EBRD officials have remarked the positive changes occurring lately in Moldova and the fact that the Government’s measures yield results. They have stressed the importance of Moldova’s efficiently capitalizing the foreign assistance, so that the people should have as many benefits as possible following the implemented projects and should develop the Moldovan economy.