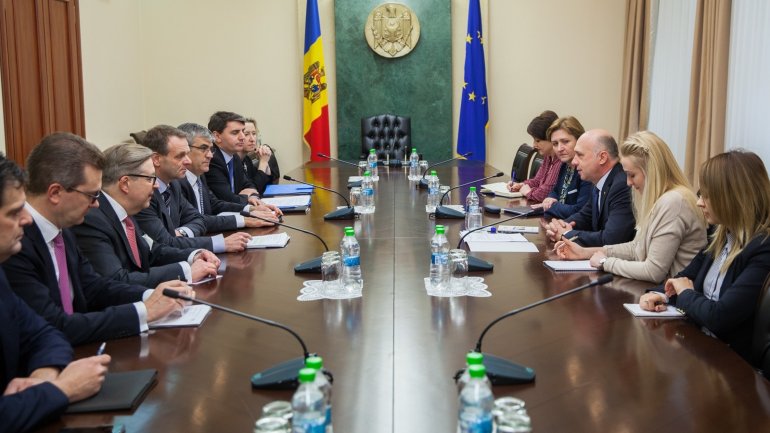 Prime Minister Pavel Filip had today a meeting with Vice President of the European Investment Bank (EIB) for Moldova, Jan Vapaavouri. The official is visiting Chisinau to sign the loan agreement on the project of construction of gas pipeline transportation in Ungheni – Chisinau direction, worth €41 million.

At the meeting’s beginning, prime minister congratulated Jan Vapaavouri on his appointment as EIB Vice President responsible for relations with Moldova, noting that his visit to Chisinau is still a gesture of trust of foreign partners for Moldova.

Talking about another priority of the government – ensuring the energy security of Moldova, prime minister appreciated the decision of the European Investment Bank to provide Moldova with financial support for the construction of Ungheni-Chisinau gas pipeline. Pavel Filip gave assurances that authorities would treat with great care and responsibility gas pipeline and would ensure conditions of maximum transparency in the project.

"Ensuring energy security is one of the main objectives in the work of the government. After creating Iasi-Ungheni gas pipeline must bring interconnectedness up in Chisinau, which will allow us to interconnect EU energy market, to reduce energy dependency of our country, to diversify sources of energy supply and to advance a level qualitatively new energy" , concluded Filip.

At his turn, Jan Vapaavouri, Vice President of the European Investment Bank, reiterated the opening of the financial institution to provide further support to Moldova in implementation of projects to modernize Moldova and its infrastructure rehabilitation. "We will provide support in several sectors, and energy efficiency is one of them" , said the European official.