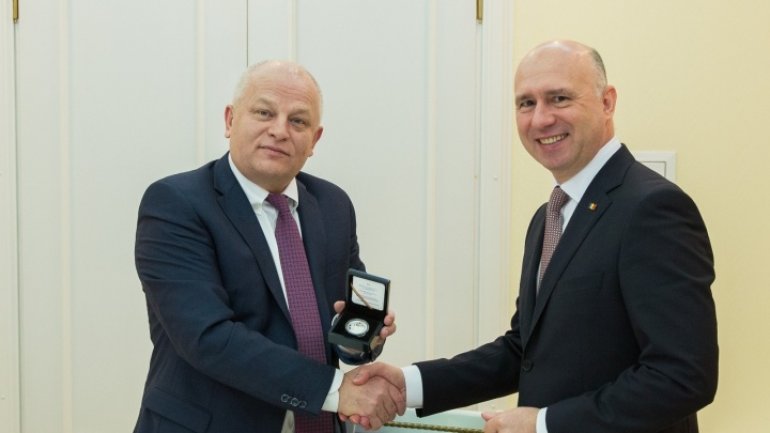 Prime Minister Pavel Filip has had today a meeting with Deputy Premier, Minister of Economic Development and Trade of Ukraine Stepan Kubiv, who visits Moldova to participate in the meeting of the mixed Intergovernmental Commission for economic cooperation between Moldova and Ukraine, the government’s communication and media relations department has reported.

During the dialogue, the prime minister welcomed the organization of the Moldovan-Ukrainian economic cooperation meeting, which restarted after a five – year break. In context, Pavel Filip highlighted several issues that require sustained attention, among which energy projects, reduction of environmental pollution, making of joint border crossing points.

Moldovan-Ukrainian relations are good and there are prerequisites for finding solutions to existing problems," said Pavel Filip.

At his part, Ukrainian Deputy prime minister appreciated the positive developments in recent months of bilateral relations, stressing that in this period, both the authorities in Moldova and those of Ukraine, showed responsibility and were open to dialoguing.

"Moldova is a strategic partner of Ukraine. We want to have relations of cooperation based on trust and respect," said Stepan Kubiv.

The officials also exchanged views on trade and economic cooperation, the importance of deepening political dialogue and cooperation in international organizations.

Ukraine is one of Moldova’s main economic partners. In 2015, the Moldovan exports to Ukraine amounted up to $45,8 million, while imports reached $ 371,1 million. The volume of trade has been increasing within nine months of 2016.