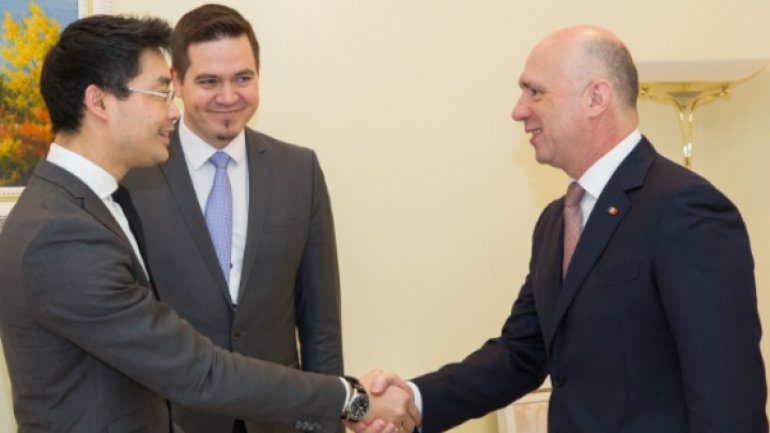 "We’d like to bring Moldova in the spotlight of global politics and economy factors and to attract most possible investments," Pavel Filip said.

The Cabinet chief has briefed his guests on the improvement of the entrepreneurial climate: reducing the number of controlling state agencies, making the controls predictable and more transparent, decreasing the number of permissive acts for companies’ functioning, steadily communicating with the business community to remove restrictions.

The Premier says now Moldova has a program with the IMF, which a trust certificate for this country, and it has managed to unfreeze the financing from the WB and the EU.

"The Government has an ambitious reform agenda and is willing to make 2017 the year of building and development," Pavel Filip said.

Philipp Rosler has invited the Prime Minister to attend the Annual Meeting of the New Champions, to be held in the Chinese city of Dalian, on June 27-29, 2017.

Pavel Filip has underscored the IT sector is especially important for Moldova: the Law on IT parks is passed, a single 7-per-cent tax is applied in the area, and special education is paid to digital education.

Filip says Moldova is extremely interested in getting investments into this sector with high added value and in inviting foreign companies to the privatization process.