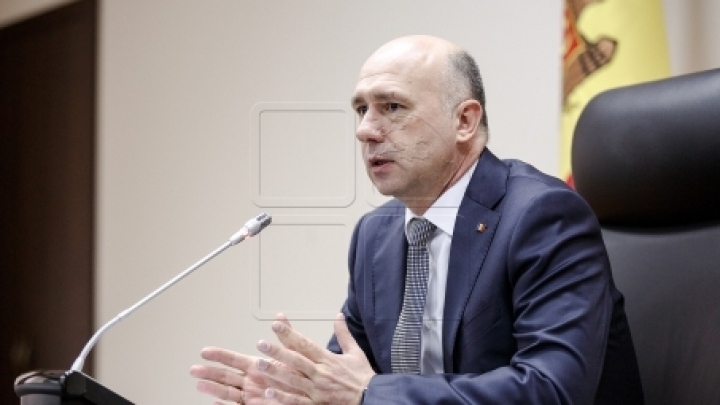 Premier Pavel Filip has told the officials dealing with mending the damages caused by the last night rain to inform him correctly.

"I demand to be presented correct reports, that is very important for us in undertaking the due steps. The ones submitting erroneous data may be fired. Still I want us to undertake prevention measures,” Pavel Filip has told a sitting attended by the officials in charge with climatic disasters.

Three lakes spilled over in the area of Iargara town in Leova southern district. The protection dam of one of them yielded and ran the risk of overflowing the villages situated lower along the Tigheci river.

Emergency workers from the districts of Leova, Hâncești and Cahul, assisted by the local authorities, have started to strengthen the dams in order to prevent further damages, as the population in the area was warned of possible evacuation.

The electric power lines were damaged in several villages, but the power company employees managed to fix them soon.

No victims have been reported after yesterday’s heavy rain, according to Interior minister Alexandru Jizdan.