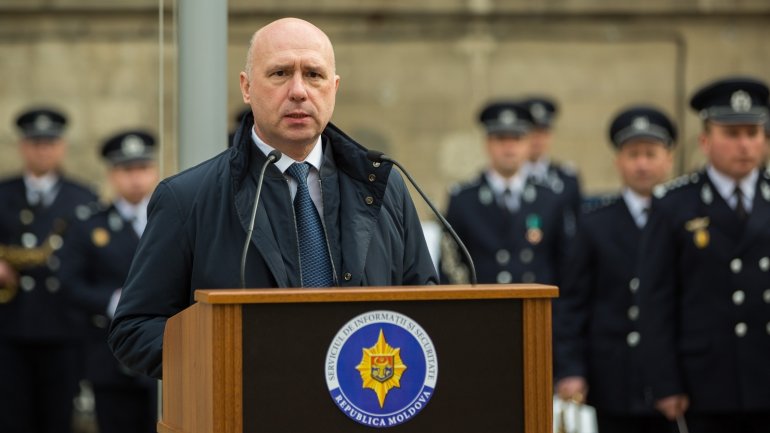 Prime Minister Pavel Filip today participated in inauguration of the monument to deceased heroes of state security organs in the armed conflict to safeguard the integrity and independence of Moldova.

During the event, Prime Minister outlined the importance of events dedicated to commemoration of the 25th anniversary of the beginning of war on the Dniester, emphasizing the obligation of the whole society to build a prosperous country in memory of those killed in war.

"The opening of this monument represents, on one hand, respect for your comrades who did not return home from those battles, on the other hand, it is your ability, those who participated and contributed to the installation of the monument, to prove that you are those who know how to keep the memory. Only one who knows to respect and preserve the memory can build the future" , said the head of Executive.

Also, Prime Minister expressed gratitude to state security bodies for their professionalism and skills to perform the most difficult tasks, stressing that the government would continue to support the institution of state security activity.

"We can only be strong through unity. Apart from views and opinions, we must stand together, respect each other because we can commemorate heroes together and build the future together"  , concluded the head of the Cabinet.