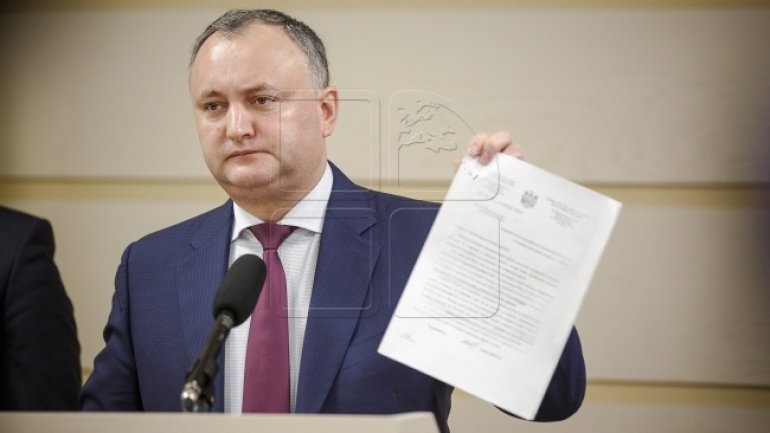 President Igor Dodon insists on dissolving the Parliament and presented, on Tuesday, a bill to modify the Constitution, by referendum, hoping to gain more powers.

Thus, the president wants to be able to dissolve the Parliament after consulting with the factions or if the Legislature refuses to legalize the results of a referendum.

The head of state wants to be able to fire the Parliament, in case of a failed referendum on the president’s dismissal. Another reason would be if the Constitutional Court invalidates such a plebiscite.

Igor Dodon also proposes that the president should be able to sack the Parliament if it fails to pass the state budget law two months after the beginning of the year.

Speaker Andrian Candu does not think the Legislature will back the bill.

"I suppose it’s a matter of other arrangements or commitments he has related to denouncing the EU Association Agreement. These initiatives are meant either to submit the Parliament or to transform the Parliament into an appendix of the presidential office," Andrian Candu stated.

President Igor Dodon is prone to wait till March 24, then vows to start collecting signatures to hold a referendum.

Under the Constitution, the president is empowered to sack the Parliament only if the latter fails to appoint a Government or cannot pass a law three months.