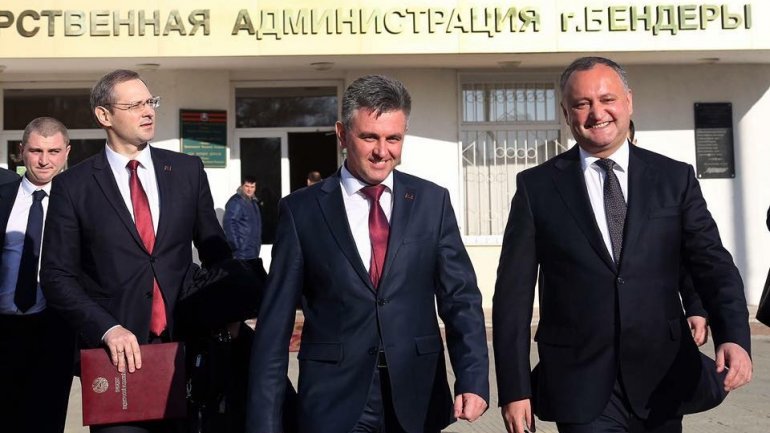 President Igor Dodon and Transnistrian region leader Vadim Krasnoselsky had a working meeting in Bender today, January 4th. This being the first meeting of the two.

At the meeting, Igor Dodon and Vadim Krasnoselsky have discussed the problems faced by Transnistrian region residents in sectors like education, communications and the movement of citizens on both sides of the Dniester.

Igor Dodon and Vadim Krasnoselskii agreed to discuss solutions another meeting between the two.

Moldovan President expressed the hope that this year the problems related to the relation between Chisinau and Tiraspol will be solved gradually.