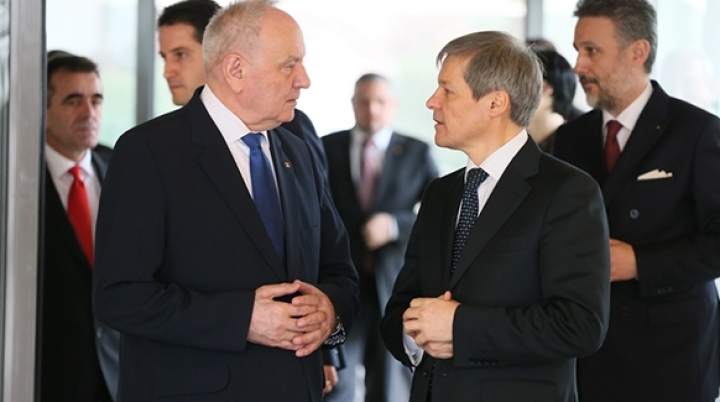 Moldova’s president Nicolae Timofti has had a meeting with Romania’s prime-minister Dacian Cioloș in Sofia.

The Moldovan leader has described as ‘good’ the cooperation relations and has much appreciated the steady support that Romania provides to Moldova.

"The Moldovan Government undertakes important steps in promoting reforms, stabilizing the financial situation, bettering the business environment and regaining the trust of the citizens and foreign partners," Timofti said.

Dacian Cioloș has stressed it’s highly important to implement the reforms concerning the fight against corruption and the improvement of the business environment, as Romania is closely following the development of events in Moldova, tackling the issue with foreign partners such as the USA, the EU and the IMF.

The Romanian premier has added the positive changes in Moldova directly contribute to improve the external assessments and further disbursement of agreed financial assistance.

Prime-minister Cioloș has reiterated Romania’s support for its running projects in Moldova.

The meeting has taken place as the two leaders attend a summit of the South-East Europe Cooperation Process, unfolding in Bulgaria.