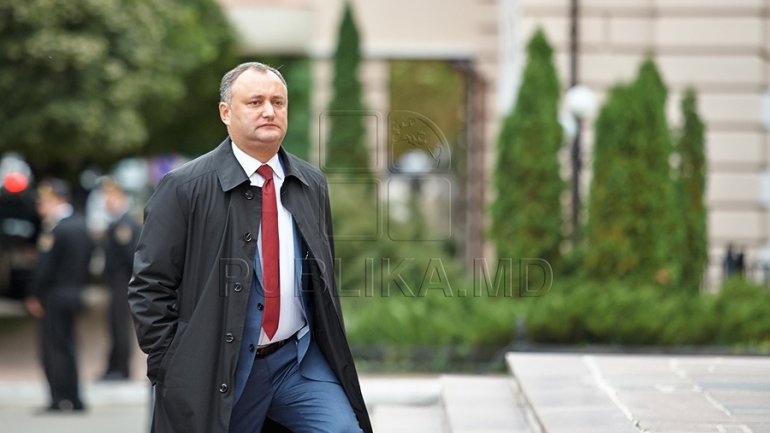 President Igor Dodon pays an official visit to Moscow, Russia. It is the first official visit paid by president to Russia over the past 9 years, the presidential press service has reported.

The agenda of visit includes more important meetings. It is about meeting with Russian President Vladimir Putin, Deputy Prime Minister of Russia Dmitry Rogozin, Russian Foreign Minister Sergey Lavrov, Chairperson of the Council of the Federation Valentina Matvienko, Chairman of the Eurasian Economic Commission Board Tigran Sargsyan and Patriarch of Moscow and all Russia, Kirill.

Also, the Moldovan delegation will lay flowers at the Tomb of the Unknown Soldier, will have meetings with students and teachers of Moscow State Institute of International Relations, as well as with Moldovans working in Russia. At the same time, Dodon will meet chairman of the Administrative Council of Gazprom company Aleksey Miller, former Minister for Trade and Economic Development of Russia German Gref, as well as former World Chess Champion Anatoly Karpov, the presidential press service has reported.
AFLĂ imediat Știrile Publika.MD. Intră pe Telegram