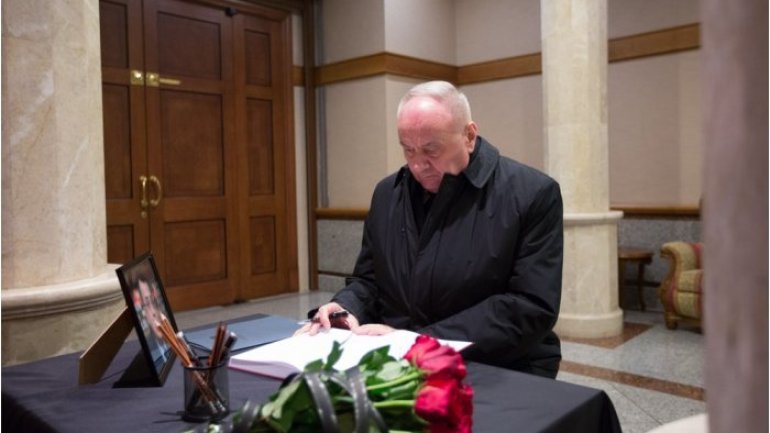 President Nicolae Timofti has laid flowers at the headquarters of Russia’s Embassy in Moldova and wrote in the book of condolence opened by the diplomatic mission, in connection with the assassination of the Russian ambassador to Turkey, Andrey Gennadyevich Karlov, Moldpres reports.

Here is the message by President Nicolae Timofti:

“We have been everybody deeply shocked by the barbarian assassination of Russia’s Ambassador to Turkey, His Excellency Mr. Andrey Gennadyevich Karlov.

I express the most profound and the sincerest condolences to the relatives, friends and close people of Mr. Karlov, as well as to the entire nation of Russia.

His Excellency was an innocent and collateral victim of the international terrorism, which we firmly condemn.