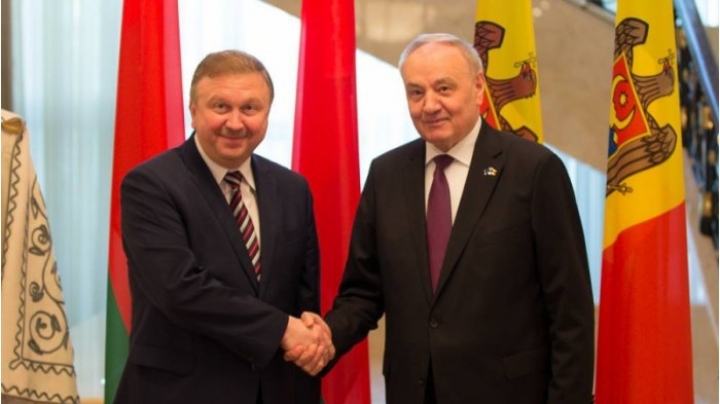 The head of state welcomed the official visit to Moldova by the Belarusian PM, which confirms the good relations between the two countries.

Also, President Timofti reiterated the gratitude for the Belarusian authorities for the maintenance of the Moldovan goods’ access to market on the period of the embargo put by Russia.

For his part, the Belarusian prime minister noted that his country observed the pro-European vector of Moldova’s development and, despite the different opinions in terms of foreign policy, Chisinau and Minsk can identify bridges of cooperation.

The participants in the discussion referred to a meeting of the joint inter-governmental commission for commercial and economic cooperation, held in Chisinau and during which projects on common interest are to be identified, including in the pharmaceutical sector and roads’ infrastructure one.

The officials voiced optimism about the increase in the trade exchanges between the two countries in the long run.