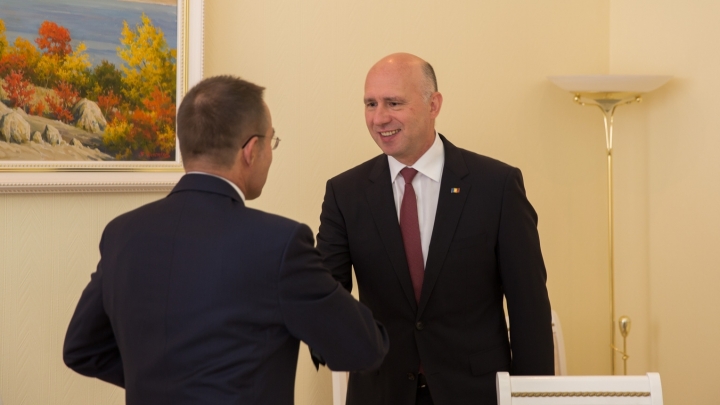 Aspects of the Moldovan-Cypriot and prospects of their development were discussed today at a meeting of Prime Minister Pavel Filip with Ambassador of the Republic of Cyprus to Moldova, Dimitris Hatziargyrou, the government’s communication and media relations department has reported.

The two officials exchanged views on socio-political situation in Moldova and Cyprus, noting that during the more than two decades since the establishment of official relations between our countries they have developed a pragmatic and friendly manner.

Prime Minister Pavel Filip expressed his belief that there is still much potential to increase bilateral cooperation in various fields and pronounced himself for taking full advantage of it. The prime minister stressed that Moldova is firmly determined to move forward towards European integration, acknowledging that this way is the best solution to transform into a prosperous state, and the experience of Cyprus is an important one for our country.

At his turn, Dimitris Hatziargyrou congratulated the Prime Minister Pavel Filip on the occasion of the 25th anniversary of Independence of the Republic of Moldova. The Cypriot diplomat spoke about his country's experience in the European integration process, noting that this project ensured the aim of modernizing the country and has brought many benefits to citizens of the Republic of Cyprus.