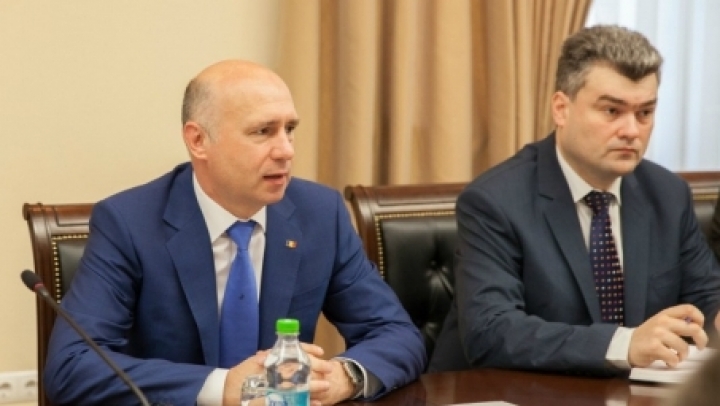 The officials have discussed about the talks on the settlement of the Transnistrian conflict.

Pavel Filip has reconfirmed the Moldovan authorities’ firmness to carry out the agreements reached at the Berlin reunion, saying the protocol signed there is a roadmap for the Conference in Bavaria.

The premier says an item referring to environment protection, agreed on in Berlin, has been accomplished: "Significant progress has been made in recognizing the education diplomas issued by the entities from the Transnistrian area."

Pavel Filip says the working groups are working to build the trust among political representatives in order to sign an agreement on resuming the phone connection, to find an adequate solution for the criminal inquests issue and for the free travel of official persons between the two banks of the Nistru.

Cord Meier-Klodt has praised the participants in the negotiations for their contribution to the resumption of the 5+2 format talks and has urged them to act to implement the Berlin Protocol.

Ambassador Cord Meier-Klodt has highlighted the need for a viable solution to the acknowledgement of the education diplomas issued by the Transnistrian area, a solution to allow Transnistrian cars to travel internationally and to the re-establishment of the phone link between the two river banks.

Premier Pavel Filip stresses there is political will in Chişinău to solve the mentioned problems and to come up with accomplishments conducting to the Bavaria reunion.