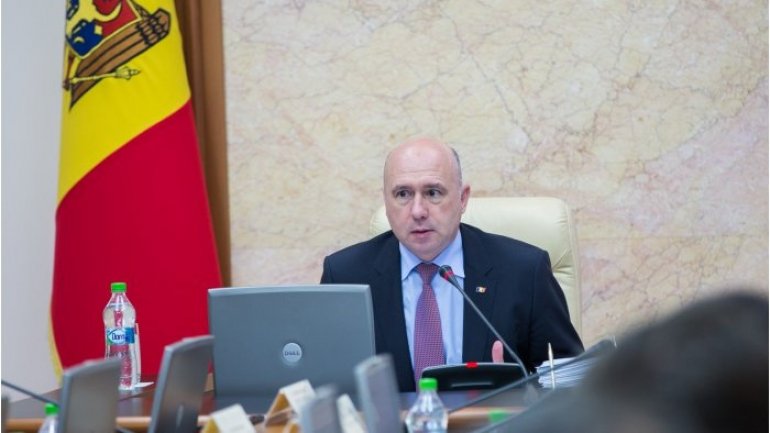 Prime Minister Pavel Filip, at a today’s cabinet meeting, while referring to actions of fighting corruption which took place at the Leuseni and Sculeni border checkpoints, said that the fight with this scourge was one of the priorities of the cabinet’s action programme, Moldpres informs.

“Corruption is the greatest constraint for Moldova, when we speak about the fact that we have no enough money in the budget,” Pavel Filip noted.

The PM specified that the central administration reform was aimed at changing the present state of things, in which more of the well-paid civil servants were prompted to go to the private sector or abroad for a better salary. “Weak civil servants mean weak institutions and a bad management of the state. This is a chain which should worry us and a vicious circle which must be broken. The state’s administration should become stronger, with well-paid civil servants, who will produce also better policies, which once implemented, will ensure the state’s economic development,” the prime minister stressed.

In this context, the PM asked the Finance Ministry and Labour, Social Protection and Family Ministry to analyze possibility of amending the legislation in the wage payment sector, so that optimizations are carried out at institutions, and also the meritocracy be stimulated. “Those who work well, are professionals and honest, must also have good salaries,” Pavel Filip said.

The prime minister also said that the new legislation should provide for a proper remuneration of those who bring incomes to the budget by their efficiency. He asked the Interior Ministry, Finance Ministry and other competent institutions to make a comprehensive analysis of the entire system, as well as to unveil proposals on the way of optimizing the work of the Customs Service, Fiscal Inspectorate and the Police, in order to prompt more employees of these institutions be correct and efficient in serving the citizens. “These institutions are the ones the citizen is coming across on first of all and through which most of the corruption is perceived. We start from here and afterwards we will orient ourselves to other sectors too,” the prime minister added.
AFLĂ imediat Știrile Publika.MD. Intră pe Telegram