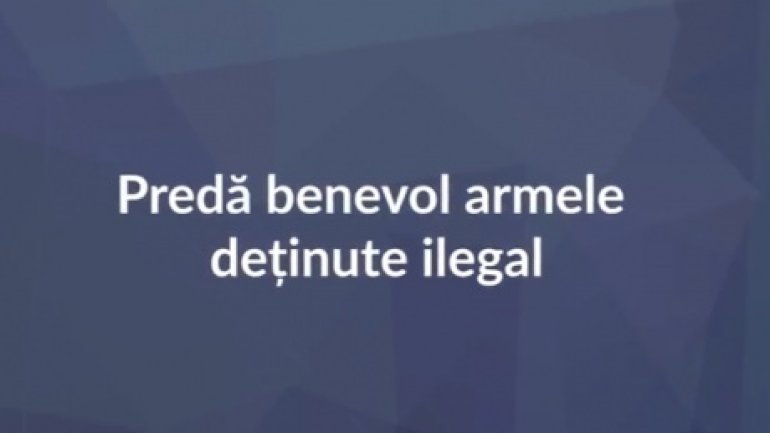 "Help Moldova become a safer country." It’s a campaign launched by the Moldovan police urging owners of illegal firearms to surrender them to authorities.

"The campaign unfolds as a bill is drafted to modify the law on arms keeping.  The rules will be more severe, so that the ones illegally possessing firearms should be criminally investigated. The on air weapons will also toughen," said the Police Inspectorate chief Alexandru Pînzari.

"We want to make the people aware how they can legalize their weapons and about surrendering the weapons and explosives held illegally," said the head of the EU Delegation to Moldova, Pirkka Tapiola.

The law does not punish the Moldovans surrendering their weapons benevolently.

According to official statistics, 60 felonies have been committed this year by using firearms. In 19 cases, the weapons were registered and in 41 held illegally.

In 2016, the police have lifted over 1,200 weapons, of which only 125 were surrendered benevolently.

The campaign is funded by the EU and the UNDP until December.