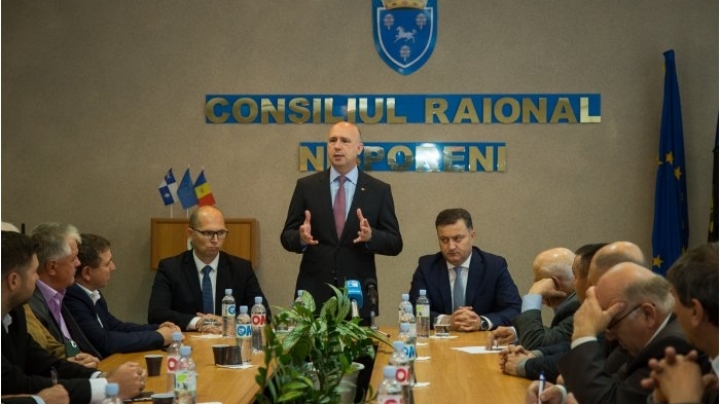 The premier said that during the eight months of governance, the cabinet had managed both to stabilize the internal situation, intervening in more priority sectors, and to boost the dialogue with foreign partners. In the context, Filip said that to restore the country’s international financial market, the authorities had to ensure stability in society. “The government’s approach is that we have to develop Moldova, so that to have enough money to make investments, and the critical situation we have to get out is approval of a country programme with the International Monetary Fund,” he said.

At the same time, the premier referred to the laws the government took responsibility to parliament, saying that the opposition was displeased of the laws meant to fortify the capacities of the National Bank and not of converting emergency loans in state debt offered to three banks. At the same time, he noted that the measure taken by the government had been the one possible in the emerged situation.

The dialogue between the premier and the local public authorities was interactive, mayors and councilors highlighted the importance for boosting the dialogue between the central and local public administration, as well as the need to implement the programmes on development of settlements and on supporting business initiatives in rural areas. In the context, Filip said that the government had already launched more initiatives in this respect, and a part of funds provided by foreign partners would be earmarked for the settlements’ development.