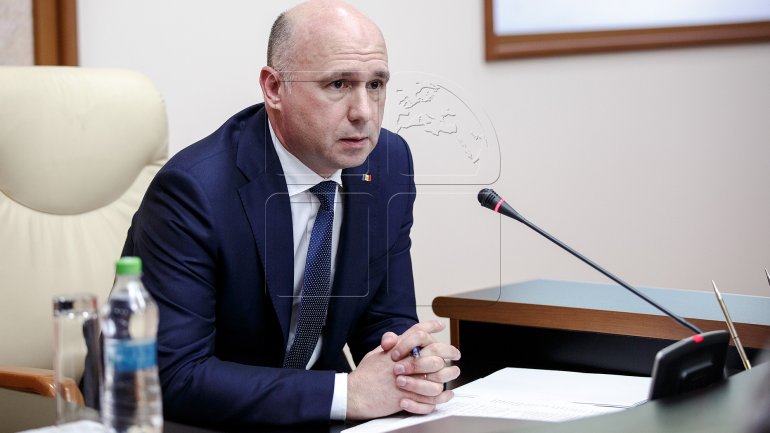 The main actions for attracting and maintaining private investments in Moldova were set out in the Economic Policy Commitment and Roadmap on Investment Policies, approved at a meeting chaired by Prime Minister Pavel Filip.

At the meeting start, the Premier referred to the Economic Council’s successful activity, mentioning the need for better involvement of businessmen to this stable communication platform.

The PM spoke about the benefits of implementing the Government’s Reform and the Regulatory. "It was not simple, because, naturally, there was internal resistance of the institutions that used to act in some way, and this change is not an easy one. On the one hand, the pressure on economic agents will decrease, on the other hand, the controls will be predictable and transparent, and the responsibility of the economic agents will increase because they will be of good quality," said Pavel Filip.

In this regard, the Prime Minister appreciated the efforts of the Working Group "Stimulating and Maintaining Private Investments" within the Economic Council (EC), which elaborated the Investment Incentive Commitment, and thanked the development partners, especially the International Finance Corporation (IFC) and the World Bank (WB), for plenary involvement in this process. "I have all the certainty that this Commitment and the Roadmap will guide us in all actions, and we will have the necessary results," concluded the Premier.

Among the basic objectives of the Commitment, are the consolidation and modernization of the legal framework on investments and the application of good international practices in the field. It also aims at building a productive dialogue with the business environment and ensuring its participation, as well as the scientific community and international organizations, in the process of implementing the reforms.

As such, according to the Investment Policy Roadmap, the Executive intends to create an effective mechanism for examining investor complaints, to further optimize the procedure for granting visas and work permits to foreign citizens, and to publish an inventory of all incentives offered to investors.

Also, the institutional capacities of the Organization for the Attraction of Investments and Export Promotion (MIEPO) will be strengthened and an official source of investor information regarding the potential partners of Moldova will be created. As to increase the Moldova’s competitiveness for local and foreign investments, the Government relies on foreign partners’ technical assistance too.

According to the Moldovan National Bank’s data, by the end of 2016, the total foreign direct investment stock in the national economy amounted to $3.58 billion, exceeding 3.3 per cent of 2015. The majority part was provided by the EU investors, and the main economic activity that benefited from foreign capital has remained the manufacturing industry, followed by the financial activities.
AFLĂ imediat Știrile Publika.MD. Intră pe Telegram