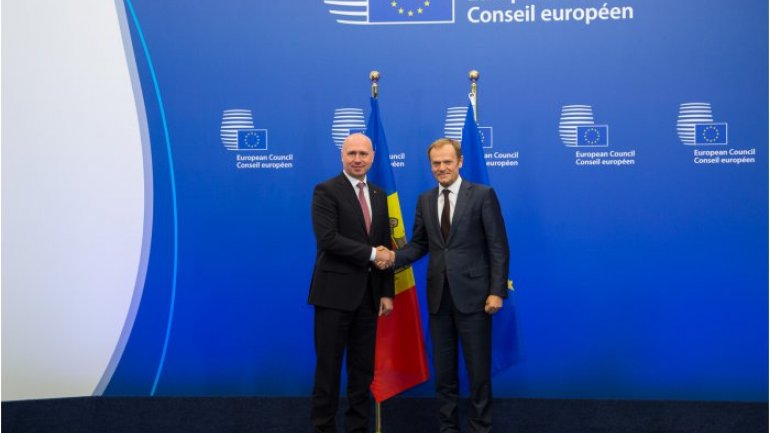 Prime Minister Pavel Filip had a meeting with the European Council President Donald Tusk. The theme of the discussion referred to the political situation in Moldova and reform priorities in the context of the European agenda.

"We returned to a normal rhythm in our relations with EU. It is still required a maximum outreach to ensure an effective Association Agreement implementation" , said Pavel Filip.

While emphasizing the high-level political dialogue significance, which has been reinforcing increasingly between the European Union and Moldova, Donald Tusk appreciated the achieved results by the authorities in fulfilling the commitments and determination to obtain the proposed objectives.

"As long as Moldova remains interested in promoting reforms, you can count on my personal support and that of the European institutions" , said the European Council President.

At the same time, Prime Minister Pavel Filip invited European Council President Donald Tusk to visit Moldova at the beginning of the next year.