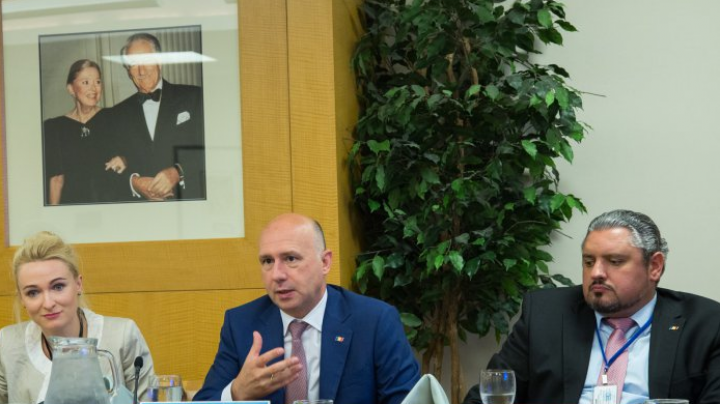 Prime Minister Pavel Filip had a meeting with members of Jewish organizations from the United States, including of American Jewish Committee and World Jewish Congress. The event took place in New York in the context of the 71st session of the UN General Assembly, the government’s communication and media relations department has reported.

Filip approached the actions taken by Moldova in commemorating Holocaust victims and other crimes committed against humanity, especially, setting up the date of 27 January as Holocaust Remembrance Day, as well as recently adopting a political declaration on accepting Report of the International Commission chaired by Elie Wiesel on the Holocaust.

At the same time, the premier highlighted the importance of Moldova’s participation in International Holocaust Remembrance Alliance (IHRA) in order to take over the best practices for preserving and developing Jewish community identity, along with other national minorities in the country.

For their part, the representatives of Jewish organizations appreciated Moldova’s efforts in Holocaust commemoration, including within IHRA, Moldpres informs.