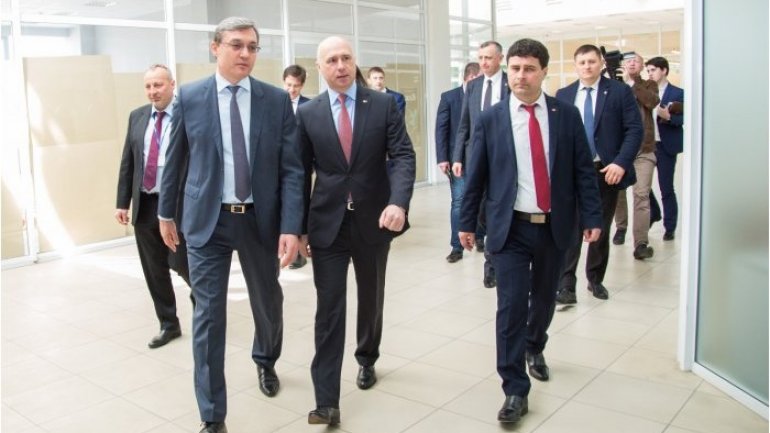 At a dialogue, the PM said the development of the business environment and creating attractive conditions for investors represented a priority of the government. A string of measures have been undertaken to this end, including the reform of the institutions with control duties, reducing the number of permissive acts, simplification of procedures of reporting and cutting the number of acts which must be presented to authorities.

At the same time, Pavel Filip noted that, due to the friendly geographical position, as well as to the good relations with the European Union and the Commonwealth of Independent States countries, Moldova gives business people possibility to export goods both to the East and to the West.

Also, the PM showed interest in problems faced by investors in the development of business in Moldova. Filip also visited a site for the construction of the factory’s new production hall, due to have an area of more than 27,000 square metres and to allow creating about 2,500 new jobs.