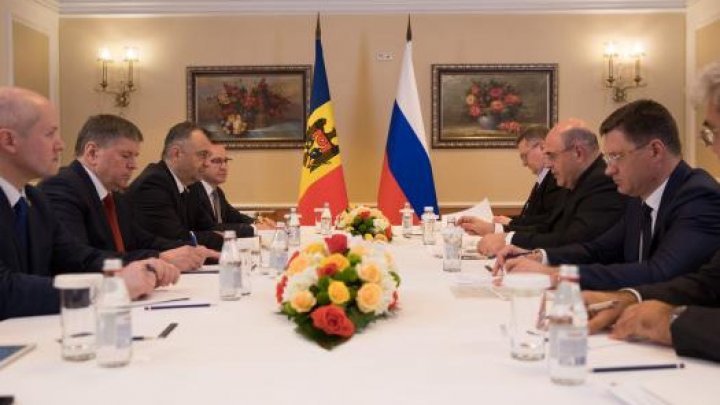 Ion Chicu congratulated Mikhail Mishustin for his appointment as the new Russian Prime Minister, wished him success and was confident that relations between the Republic of Moldova and the Russian Federation would continue to evolve rapidly.

Mikhail Mishustin thanked for the congratulations and confirmed the intention to support the positive evolution of the bilateral relations and the intensification of the trade between states.

During the discussion, the Heads of Government addressed a number of priority topics on the bilateral agenda, such as opportunities to increase the export of Moldovan products to the Russian market, the application of import duties, simplification of access on both markets and others.

Ion Chicu asked the Russian counterpart to support the request of the Republic of Moldova to become a member of the Eurasian Development Bank, to which Mikhail Mishustin reacted positively.

Prime Minister Chicu said: “We are pleased with the interest of Russian companies in our market. In Chisinau, I had a meeting with the EDB president when we discussed the possibility of financing the construction of an agro-industrial hub, but also the availability to finance other projects ”.

Mikhail Mishustin assured that his Government is ready to strengthen relations between Moldova and Russia, and to boost bilateral trade.