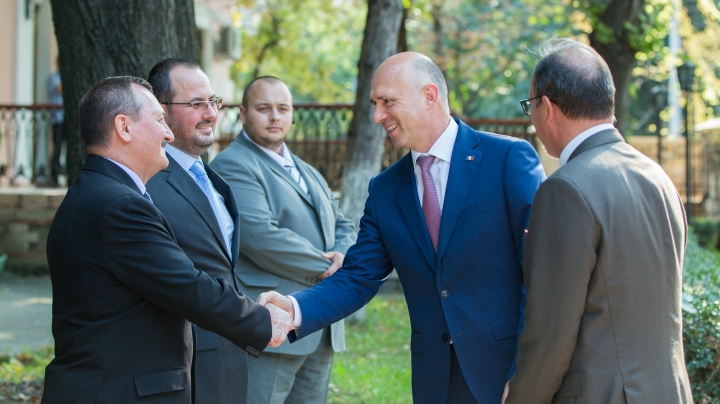 Prime Minister Pavel Filip has thanked the Bucharest authorities for the support in repairing Moldovan kindergartens and in other major sectors.

He has voiced the message at an event dedicated to reporting on the assistance provided by Romania to Moldova.

The Premier says the financial assistance enables thousands of children to gain knowledge in modern conditions. Pavel Filip has lauded the Bucharest Cabinet’s decision to continue the project in 2016, offering additional EUR3 mln as a grant to refurbish 85 more Moldovan kindergartens.

“Citizens often look at the relations between states as at something abstract, but this time we have the example of projects materializing in key sectors. The offered assistance proves once more that Romania remains the most consistent supporter of Moldova,” Pavel Filip underlined.

Attending the event, Romanian ambassador to Chisinau Daniel Ioniță has highlighted that his country has always been close to Moldova, offering help in education and other sectors. The Romanian diplomat says the good results of the project encourage the Bucharest Government to continue its funding.

“The Program doesn’t mean but figures, it means people, first of all. It's not the value of 23 million euros that matters, neither do those 832 renovated kindergartens. Important is education, it’s important that every second Moldovan kindergarten benefited from the Program, important are those over 200,000 beneficiaries of the Program: children attending kindergartens at European standards, while their parents can go and work,” Daniel Ioniță has said.

Romania’s Program on renovating Moldovan kindergartens started back in 2014.