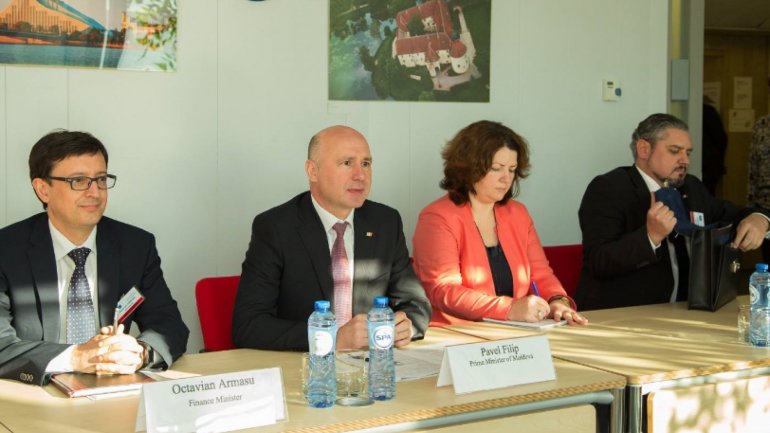 The main topic of the discussions was focused on the economic situation in Moldova, prospects for development following the signing of the Agreement with the International Monetary Fund and, respectively, the way the achievement of this stage will boost the cooperation with EU in certain sectors.

Thus, Pavel Filip stressed that, besides the already undertaken actions, the Moldovan authorities were to promote a comprehensive and more complex programme of reforms, in order to strengthen the economic governance and transparency, as well as to reduce the present risks. In particular, the PM unveiled the actions planned, in order to re-establish the budget’s capacity to back the implementation of the development and social goals, ensuring, at the same time, the sustainability of the state debt.

For his part, Commissioner Valdis Dombrovskis confirmed EU’s willingness to support these reforms, including by providing a comprehensive programme of macro-financial assistance, if Moldova asks for this. The concerned assistance is provided as exceptional measure, in order to back the balance of payments and provides for both a component of grant and one of loan. Moldova benefited from European Union’s macro-financial assistance in also in 2010-2012, as a result of the financial and banking crisis from the years before.
AFLĂ imediat Știrile Publika.MD. Intră pe Telegram