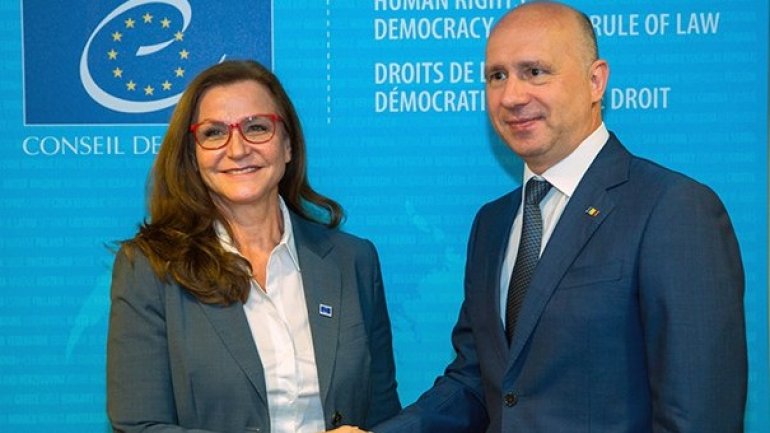 Prime Minister of Moldova, Pavel Filip, had a meeting with Gudrun Mosler-Tornstrom, Chairman of the Congress of Local and Regional Authorities of the Council of Europe (CLRAE), during a formal visit to Strasbourg.

The officials exchanged views on cooperation on strengthening local democracy and implementing programs to facilitate the process of decentralization and efficient governance at local level.

The Prime Minister also informed about the national policies initiated in the context of the central and local public administration reform, with emphasis on the need to ensure high level implementation.

A special topic of the discussions was the implementation of the CLRAE post-monitoring roadmap of the Republic of Moldova elaborated following the visit of the Congress delegation to Chisinau in July 2015. Related to it, there was remarked the usefulness of the recommendations and expertise in the efforts of current promotion of the decentralization and the increase of the level of local autonomy in Moldova.