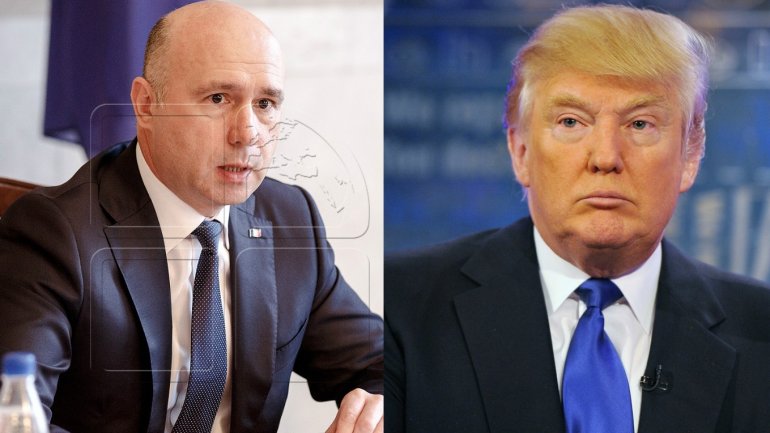 Prime Minister Pavel Filip today conveyed a congratulatory message to the 45th President of the United States of America Donald John Trump on his swearing in office.

The prime minister expressed confidence that his professional experience, as well as the leadership qualities would make sure that the USA remains a world leader. At the same time, Pavel Filip said the Moldovan authorities spoke out for maintaining the bilateral strategic partnership, just as it has occurred in the last 25 years.

“During the friendship between our countries, the United States of America have served as an example of freedom, justice, democracy and international solidarity for many of the Moldovan citizens. These are the values which our citizens, as well as the ruling coalition committed to promote in Moldova as well,” reads the message by the prime minister.

At the same time, Pavel Filip said that Moldova remained a stable and reliable partner of the United States and the Moldovan authorities were focused on the implementation of the reforms for the country’s modernization and development. “We particularly appreciate the support provided by the United States to ensure the country’s territorial integrity and the peaceful settlement of the Transnistrian conflict. In 2017, we mark the 25 years of the Moldovan-American diplomatic relations and we believe that this is a good occasion to establish new ambitious goals of cooperation for the future,” the message also reads.

Also, the PM reiterated Moldova’s openness for continuing the strategic dialogue between the two states, including in order to enhance the commercial and economic ties and diversity the U.S. investments in Moldova, as well as to strengthen the bilateral cultural relations.
AFLĂ imediat Știrile Publika.MD. Intră pe Telegram