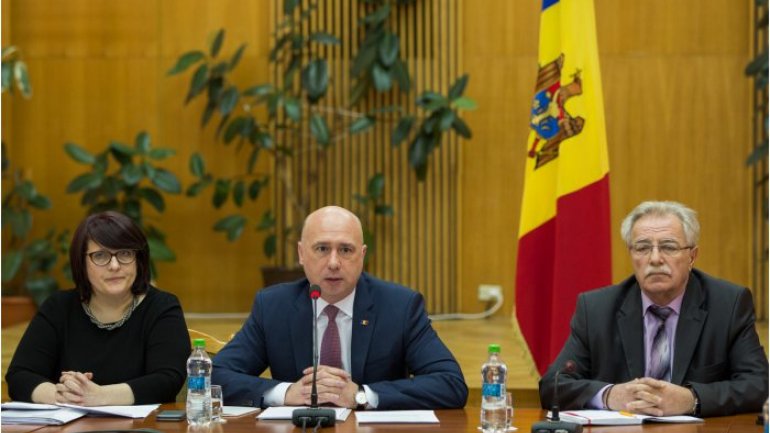 Public discussions on a draft of a new classified list of the professional training fields and specialties in the higher education: cycles: I – licentiate, II – master, III- doctor’s degree, today were organized at the government, at an initiative by Prime Minister Pavel Filip.

All sides involved and interested in the education system participated in the discussions: representatives of the cabinet, universities, scientific communities, civil society, trade unions in the education and science sector, as well as petitioners.

The participants in the meeting unveiled the concept of a new classified list and organized debates on the draft’s deficiencies, advantages and disadvantages of the two alternatives – training of teachers in the Science and Education field versus within the fundamental sciences.

After arguments for and against the approval of the new classified list had been set forth, the prime minister said that a better communication and an additional consultation on the draft were necessary, as well as a comprehensive approach, adapted to Moldova’s realities. “A prosperous country has at its basis two pillars: good education and supremacy of law. It is good for us to take over models of foreign countries; yet, the reforms should come from the reality and need of our country” , Pavel Filip said.

In conclusion, the prime minister proposed that, to formulate an optimum solution, which would have a positive impact in the qualitative training of teachers, as well as to remove normative dissonances, the draft should be consulted additionally, with the participation of all involved actors, in order to improve the document and give it the final touches for approval by the government.
AFLĂ imediat Știrile Publika.MD. Intră pe Telegram