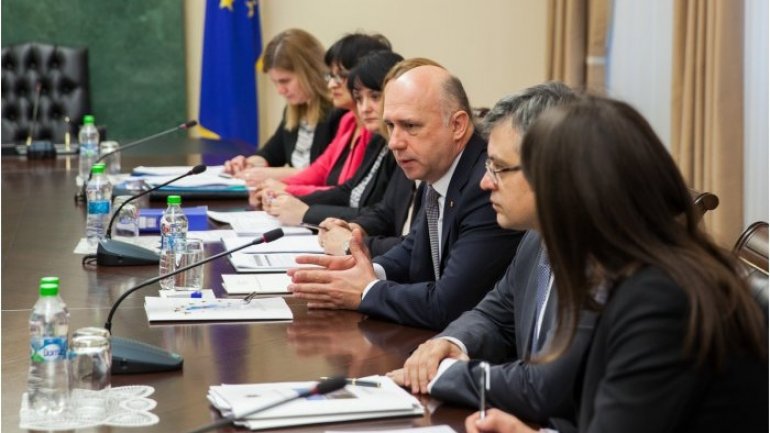 Main provisions of the pension reform were discussed at a today’s meeting between Prime Minister Pavel Filip and representatives of trade unions from Moldova, Moldpres reports.

The premier noted that the current system was inefficient and did not provide the retirees with sufficient income for a decent living, about 83 per cent of pensions were under the minimum subsistence. “We have to get rid of unsustainability of pension system, inequity in system and low level of pensions. In this context, the government launched more reforms due to be implemented in 2017 and meant to provide citizens with sufficient income,” Filip said.

At the same time, the premier pointed out that the measures were aimed at transparency of system and increasing pensions, and for certain categories even doubling them. “Also, valorization of pensions will take place too, which will increase the financial resources for citizens, and a 6.8-per cent-indexation of pensions is scheduled for 2017,” he said.

For their part, representatives of trade unions from Moldova backed the government’s goal to reform and optimize the pension system, confirming openness for dialogue to identify an equitable formula due to be applied.

At the same time, the participants highlighted the importance of increasing measures to combat shadow economy, which will increase incomes to the state budget and respectively, social insurance fund.
AFLĂ imediat Știrile Publika.MD. Intră pe Telegram