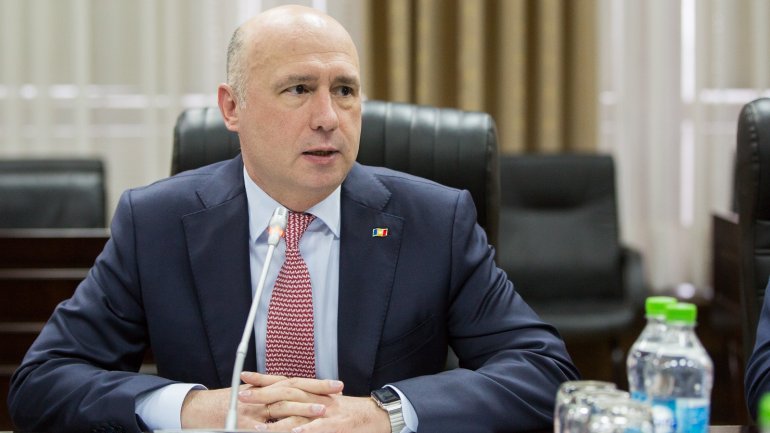 Prime Minister Pavel Filip today chaired a meeting with members of the Secretariat of the Economic Council (CE) under the Prime Minister, working group chairs and financiers created within its structure. The dialogue focused on the results achieved in promoting reforms to improve the business environment and improve investment climate and priorities of work of CE for 2017.

At the meeting, the head of the Cabinet conveyed thanks from development partners for the support and confidence to Economic Council, and representatives of business associations for active involvement in promoting reforms. "I have a special attitude towards the EC is the most important tool you can use it in my work. The government is open to dialogue, just prioritize activities and go straight to their achievement and Economic Council is an effective platform in this regard", said Pavel Filip.

The prime minister also spoke about the activities of the Executive's priorities and objectives achieved, including: regaining confidence of development partners, approval of the Agreement with the International Monetary Fund (IMF) and the resumption of external financing, including from European Union. "It was not a simple year for government, as it was not a simple year for business and citizens. However, we managed to do many good things and I am sure that we started in the right direction. We must be absolutely predictable; so that we have clear and stable rules to allow businesses to develop," said Pavel Filip.

During 2016, within the Economic Council under the Prime Minister, there were created three permanent working groups and ad hoc few. Present at the meeting, the chiefs of the working groups, representatives of business associations, said that in this period were promoted several initiatives necessary to facilitate the work of the business community and the institution became functional one. Among the achievements were mentioned: the reform of state controls and reducing the number of permits, eliminating the compulsory stamp, trade facilitation, simplifying the procedure for obtaining work permits for foreigners and others.

At their turn, representatives of the European Bank for Reconstruction and Development of the British Embassy in Moldova and World Bank, institutions that financially support the work of the EC Secretariat appreciated the progress made in facilitating the work of business and said it would further support Economic Council's work to create an efficient economy, in order to benefit citizens.

"There is a very great change of working environment, which has become one of collaboration between business associations and authorities. We will continue to give support to the development of economic governance in Moldova," said Alex Kremer, head of the World Bank Office in Chisinau.

At the end of the meeting, they outlined the objectives of activity of the Economic Council of the next prime minister in 2017, among them: further reducing administrative burdens on businesses, preparation of amendments to labour code and the measures to combat the phenomenon wages in envelopes.
AFLĂ imediat Știrile Publika.MD. Intră pe Telegram