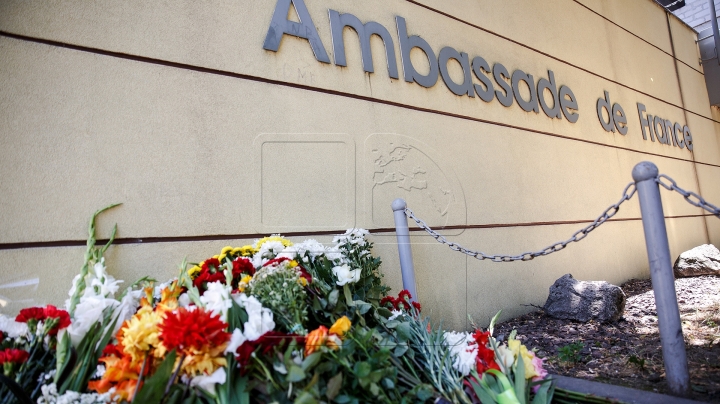 Until now, there are no Moldovan citizens through the number of victims of the Nice terror attack. The information was given by the Moldovan Embassy to France, who specified that until now there weren’t established the identities of all victims.

The Moldovan people are sympathetic to French population, and lay flowers and light candles at the Embassy of France in Chisinau.

The officials from Chisinau are sympathetic to French people.

The president of Moldova condemns the attack in France. He wrote in a message posted on a social network that the terrorism takes unknown shapes, and the big European metropoles became targets for attacks for too many times.

The president of PL, Mihai Ghimpu, also is shocked of the events registered in Nice. He declared that it is for the first time when terrorist attacks are happening on National Day of France.

The deputy president of PDM, Vlad Plahotniuc is also sympathetic towards the French population. He wrote on his Facebook page that the tragedy in Nice shows us again that we live in an insecure world, that the greatest world powers should unify in a joint goal, to strengthen the security, and a joint fight against terrorism, the biggest threat of our days.