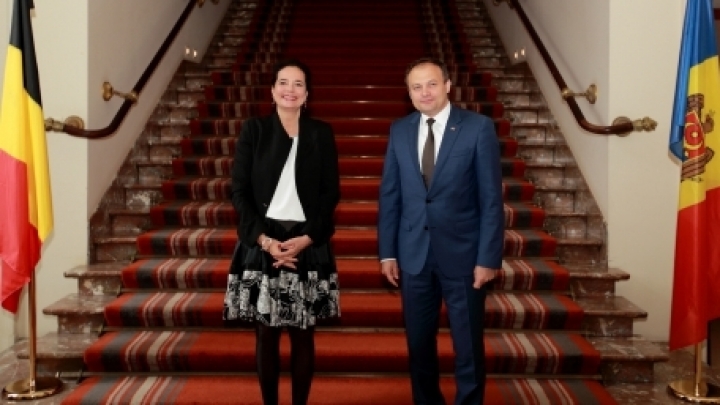 The Belgian Senate is ready to offer expertise to the Moldovan Parliament. The statement has been made by the chair of the Belgian Senate, Christine Defraigne, at a meeting with Moldovan speaker Andrian Candu.

He has spoken about the steps undertaken by the Moldovan authorities to regain the trust of the citizens and of the development partners.

According to Candu, the roadmap has been carried out in ratio of 60 %, as the Legislature is pass a series of bills regarding the sectors of justice, of finances and banking and of business climate.

On the occasion of the 25th anniversary of Moldova’s independence, speaker Andrian Candu has invited the head of the Velgium Senate, Christine Defraigne, to attend the Parliament’s solemn sitting of September 9.