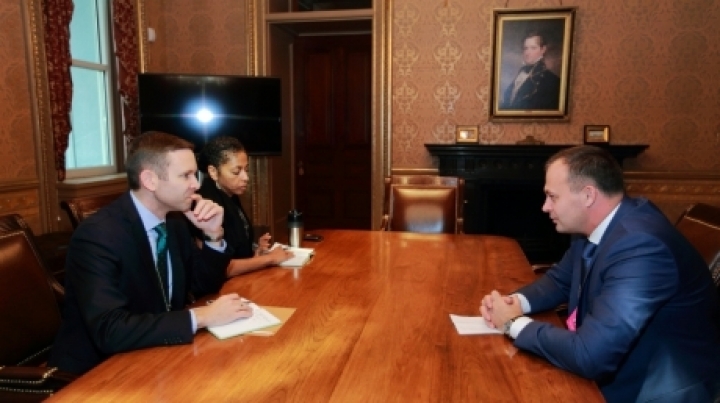 Parliament Speaker Andrian Candu has had a meeting at the National Security Council at the White House in Washington.

The sides tackled subjects on the political developments in Moldova before the presidential polls due on 30 October, the national and regional security context, as well as subjects of common interest on the agenda of the present bilateral relations between Moldova and the United States.

Andrian Candu thanked for the support provided by the USA to Moldova in processes of democratization. At the same time, the speaker asked for the United States’ support and assistance for the Moldovan authorities’ efforts of European integration, economic development of the country, strengthening the energy security and attracting American investments.

“The United States of America is one of the partners example in terms of security. Moldova can take into account the experience of the USA in the process of reformation in the concerned field,” Andrian Candu said at the meeting.

For their part, the American officials welcomed the achievements in the implementation of the Association Agreement with EU, as well as the progress made by the country through implementing the measures and commitments provided for in the Roadmap on the priority reforms’ agenda, signed by the parliament and government.