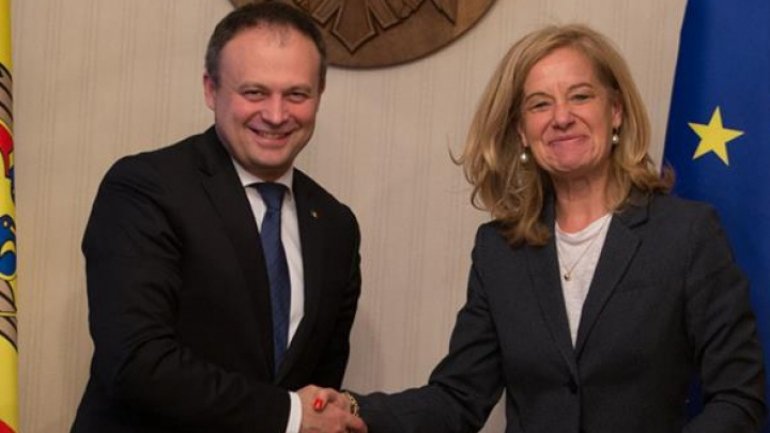 The President of the Parliament, Andrian Candu, discussed about the bank fraud and the investigation of the stolen billion with the Dutch Ambassador to Moldova, Stella Ronner-Grubacic today.

The Speaker has spoken about the laws passed to insure the bank stability and the fight against corruption in the sector.

Andrian Candu has mentioned the recently-created Agency meant to recuperate the stolen assets. Stella Ronner-Grubacic has said the Netherlands have a rich experience in this regard and are willing to share it with Moldova.

The two officials have also tackled the bill enabling the National Bank to have more powers in terms of bank regulation and supervision.